As I mentioned last week, the plan was to train right through the half-marathon this weekend.  I had some tough mid-week workouts and then a double long ride on Saturday.  Just what you want to do right before a long run race, right?

My first Saturday ride was just a nice rolling "go out and ride" kind of thing.  Our riding buddy George went with me and the company made the time pass easily. 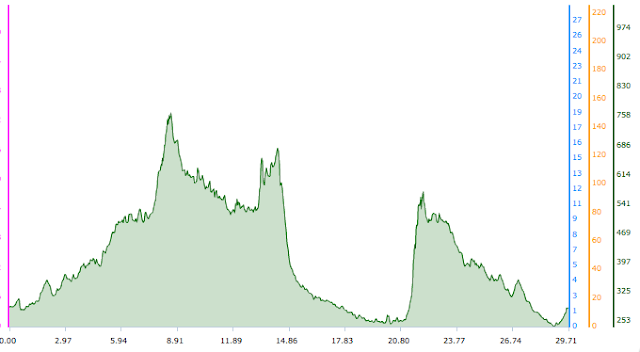 I had enough time between rides to run home, shower, eat lunch and relax for a little bit before it was time to head out again.  Lucky for me, George wanted to ride some more!  This time it was hill repeats up the access road to the IBM Almaden Research Center, followed by more "just riding." 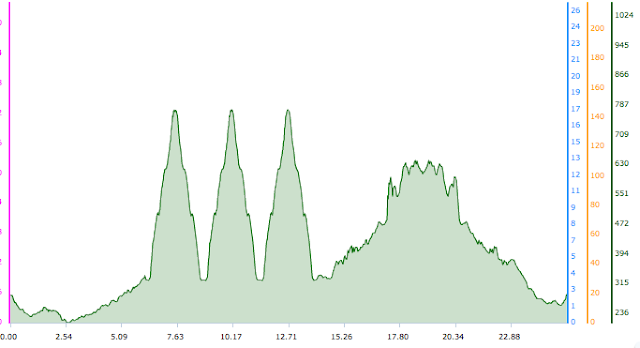 The view from the top, back down the road 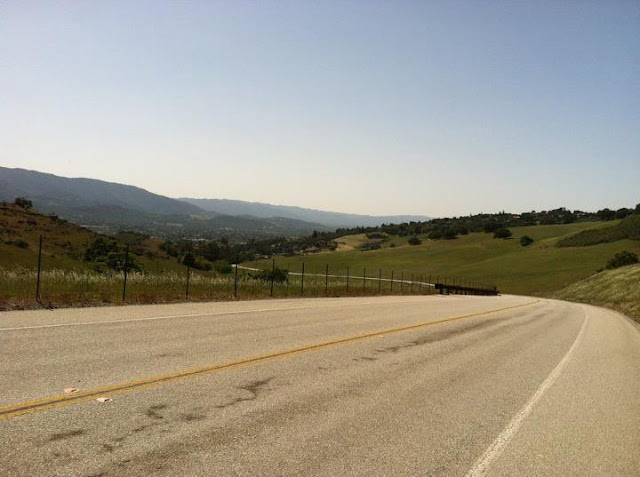 After my Saturday rides, I had to clean up and head north to check in to my hotel and meet friends for dinner.  We had quite a large group of friends doing this race, from as far away as the east coast.  I was looking forward to seeing Andrea again for the first time since I cheered for her at IM CDA in 2009.  Among the many other friends in attendance, my blogger friends included Meredith, Mary, my aunt Johanne and Clarese.  I was super excited for my college roommate Lisa who was doing her first half marathon ever!

In an *ahem* overly pink race, one thing I was adamant about was not going all out in pink.  There were an abundance of tutus, tiaras, sequins and more, including tiara and feather boa aid stations on course.  The people watching was phenomenal.  My personal favorite might have been the balding mullet-headed middle-aged man who ran shirtless, with painted-on abs, carrying a leash that went around the neck of his bedazzled tattooed significant other.  There MUST be some photos on the internet of that somewhere!  We had heard that there would be firefighters handing out medals at the finish line.  What we didn't realize at the time was...they'd be quite...muscular shirtless firefighters (you think I'm kidding).  Hmmm, thanks for the eye candy?
As it turned out, Andrea and I ran together stride for stride for the entire 13.1!  She just did the relay runs at New Orleans 70.3 2 weeks ago so she wasn't looking to push quite as hard this time, and I had very specific heart rate instructions to follow as a training run on tired legs.
Even with a nice restrained run that was 10 minutes slower than my 1/2 marathon PR, we did quite well overall in the race (I was 24th/686 in my AG and 159/3558 total).

Mary, Andrea, me and Johanne - finished and blue standouts in a sea of pink!
ELF athletes! 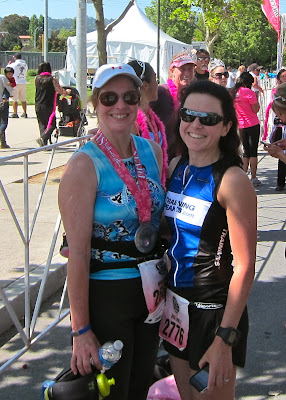 While I was off doing race things, Stanley was going Best of Breed at the dog show in Hollister!
Winning is thirsty work! 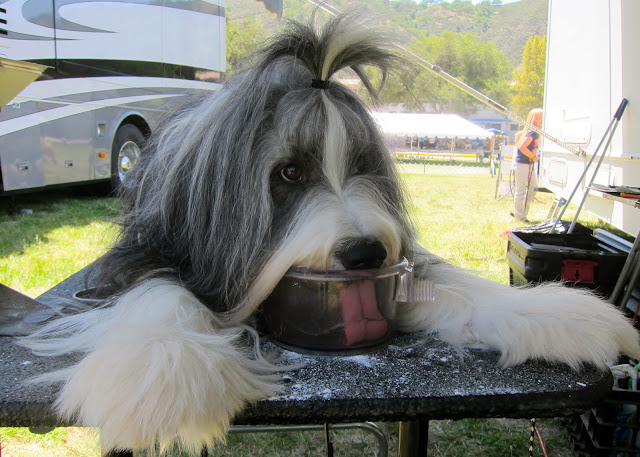 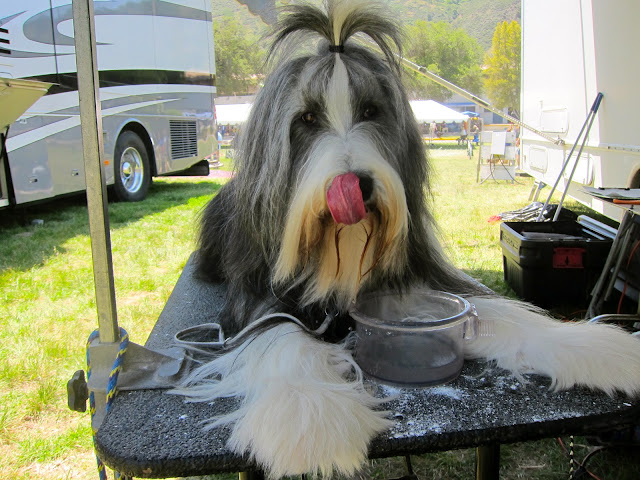 I have a couple easier training days and then it's right back to the tough stuff leading into one more big weekend.  THEN, finally I will get a rest week :-)  Have a great week!

Thanks again to TrainingPeaks for the comfy race kit and getting to represent in this crowd with something not pink!!!

Congrats on the race. I did one of the Diva 1/2 marathons last year. Thought it was a good race.

That picture of Stan is hysterical. I think it would make a great caption contest.

You didn't have even one feather boa? I could have never resisted.

Oh how I wish I could just cruise 13.1 miles and still do as well as you. LOVE LOVE LOVE the pic of Stanley drinking. Freaking hilarious.

How the heck do you run with your hair down? Nice work on a big weekend of training!

I just had it cut on Thursday so it's so short it's not really pony-tail fitting right now. I tied up the top so it stays out of my face though!

Stanley is the bomb....that picture of him is awesome. Congrats on a solid race especially after all that riding. You are going to be so ready for IM canada.

You are Amazing Molly! Holy Fireman hotness! And congrats to stan the man :)

Thanks for indulging in a Diva Race, I know it wouldn't have been your first pick :) Every time I see that pic of you and Andrea it just makes me smile, you both look to be having so much fun!

LOVE the picture of Stanley's tongue!! So cute. And thank you for wearing blue at this race.

The race sounds fun (minus the pink) but that pic of Stanley totally makes the post. And my day. :)

I LOVE the picture of him drinking.