Oh My Dog why do I have so much trouble getting to the pool?

I was supposed to swim at 11:30. But bathing dogs and running errands when the stores were open and Jeff had time took precedence, so I missed it again.

Why am I so dedicated when it comes to everything else and so bad at getting to the pool? Especially when that's where I need to work the hardest?

Limited availability of swim hours is part of it...a bit of fear (about people making fun of me, about having a lousy workout, etc) is still part of it...GAH!!!
Posted by Molly at 2:03 PM No comments:

Four days into week 5 of the training plan and I'm still on track and have made all my workouts! I switched today's swim with tomorrow's run but I'm on target to stay with the program. TrainingPeaks says I've completed 6hrs, 32mins of exercise so far this week (and I have about 6hrs, 30mins still to do!).
I'm even making some progress as far as eating better. I've got fruit sitting right here on my desk so that I can't forget to eat it - did I mention I'm getting a new desk? It's coming on Tuesday. I will finally get to work on a real desk in the master bedroom instead of sitting here at the kitchen table. Anyway, I'm making some attempts to eat better - more fiber, more fruit and veggies, more water and *sob* less beer.
The dogs just all enjoyed some raw bones and are crashed out in various spots around my feet. Stanley has agility class tonight and I'm sure will enjoy himself tremendously. Maybe I will try to get video of it one of these days? In other exciting Stanley news, next Wednesday he starts competition obedience classes with my agility friend Pam. We are looking forward to getting him ready for the rally and obedience rings!
Posted by Molly at 3:25 PM No comments:

Lots of fun to come in the next 4 weeks. I'm hitting the middle - and probably most important - stretch of training for Vineman 70.3 (my half-Ironman triathlon coming up in July). I just got the latest installment of the training plan. Looks like I will be skipping those agility trials I entered and focusing on one and only one thing!

Stanley in the show ring

Much excitement as he went RWD

And back at the show 2 days later, a champion!

Uvas went great! It really felt like a good day. Made the swim in under the time Chris told me I had to. Not easy as this was a much more physical swim than Wildflower - got my goggles knocked around twice, got run over quite a bit. Pushed hard early on the bike ride and then settled down to my goal pace - finished it in under an hour as I'd hoped. And for some reason felt fantastic on the run. Realized a mile in that I wasn't hot, nothing hurt and I should enjoy it - and even then I'm still shocked to see I did 5 miles in 42 minutes. I guess all that long slow running does something.

I haven't taken pictures of the little man being bathed in a while. He still looks just as pathetic, just with more hair now.

Not enjoying my alternative to the blow dryer

Dry and fluffy!
Posted by Molly at 4:02 PM No comments:

And think happy-it's-not-too-hot thoughts for me this weekend as my dad and I are racing the Uvas Triathlon on Sunday.

The swim is OV-ER - woohoo!

Heading out of transition with my bike

Almost to the top of Lynch Hill

For some reason I looked really happy on the bike leg

But don't worry, I made up for it on the run.

Heading down the chute towards the finish

I can be done now please?

Margarita and a carne asada burrito, stat!
Posted by Molly at 5:49 PM No comments:

We spent last weekend in Mazatlan - it was a great getaway trip though I did miss the dogs terribly. I got update emails on Stanley from my family, who attempted to kidnap him and not give him back - I guess that means he was behaving himself. 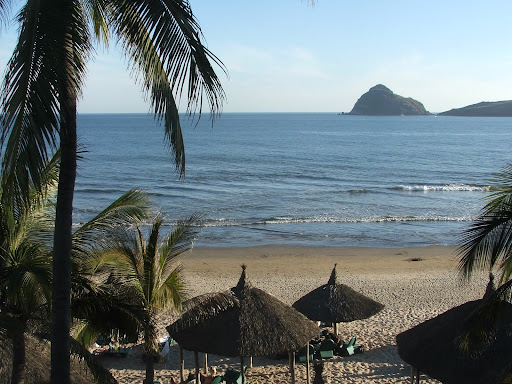 The view from our hotel room 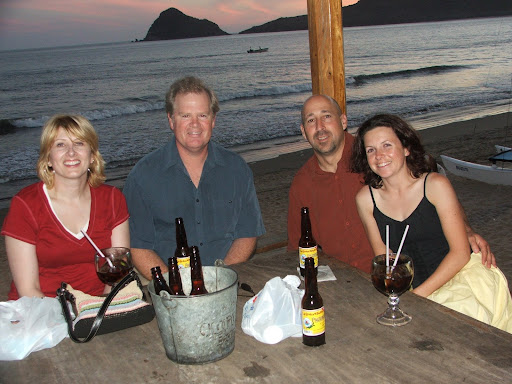 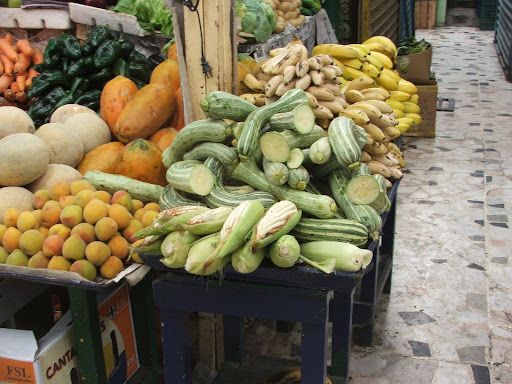 Scenes from the Old Quarter market 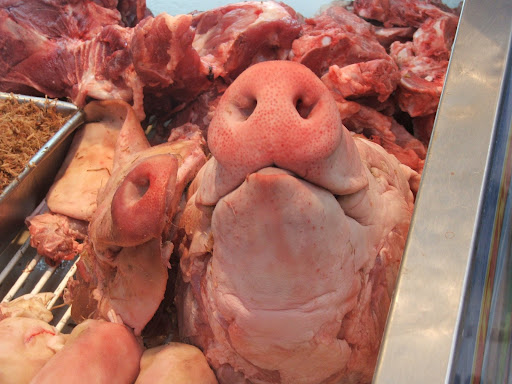 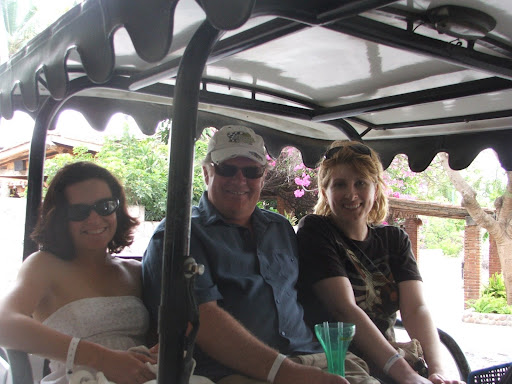 Squeezed into an open-air taxi 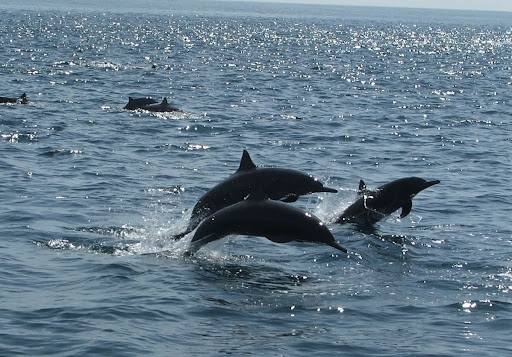 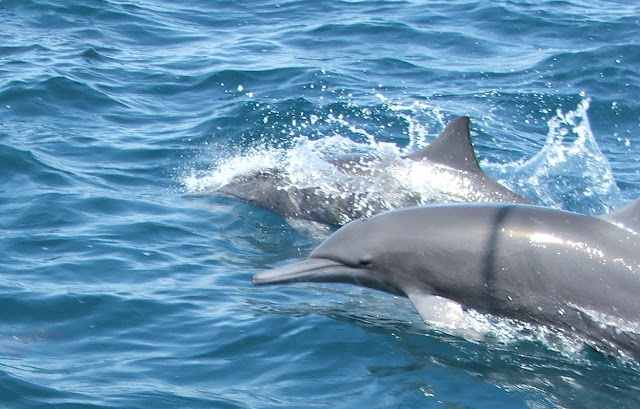 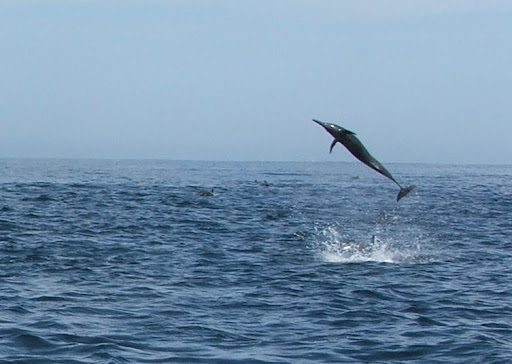 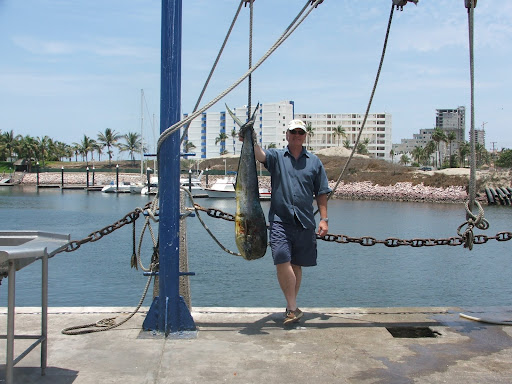 Nigel and his catch (mahi-mahi)

The weekend: Had a great time camping with the SVTC crowd, seeing old friends and making new ones. Justine once again had me on the floor laughing. The club got a fantastic campsite for us all, right on the course and just an easy ride down huge Lynch Hill to transition (though a very steep trail hike up and down for those who weren't racing on the day).

After Saturday's hot sunny weather, it was a surprise to wake up today to cold foggy conditions. Chris and I ate breakfast (bagel and peanut butter for me), got our gear ready and packed up camp and loaded everything in the car. At which point I discovered the battery was dead! Nothing like having to jump start the car before the day has even begun. Wonder how that happened..no, no, couldn't have been someone listening to the radio in the car Friday night as the Sharks went all the way to OT (sidebar: GO SHARKS!).

Anyway, we rode down Lynch Hill to transition around 8:00am, found our spots, and got set up. Watched the collegiate men kick off the race at 9. I finally put my wetsuit on around 9:45 and started making my way down to the swim start after another trip to the Green Room (aka Porta Potty). Chatted with a few people I'd met who were in my age wave group, dissected our weaknesses and strengths, etc. By this point the sun was coming out and it was getting warm.

When the 25-29yo women went off at 10:20, we dove into the water behind them for a chance to warm up and then went back up to the start line. 10:25 rolled around quickly, and BAM we were in the water! It was much warmer this time than when I'd visited on training weekend last month. I knew I'd be slower than the rest of my wave and just focused on sighting the buoys early and paddling along at my own pace. I was fully expecting, based on pool swims, that it would take me about an hour - maybe more - to complete the swim. Not too many problems with getting bumped by other swimmers, the water was nice and clean, and I felt good throughout. Imagine my shock when I got out and realized I'd done the swim in 45 minutes! The rest of the day could go crappy and it wouldn't matter, I was so thrilled. I looked over as I ran out of the water and Chris was getting out at the same time, so she hadn't managed to pass me after all my joking about that.

On to transition, where my wetsuit did not want to come off and I was a little dizzy, but still got off on the bike in reasonable time. Began the immediate climb up Lynch Hill, which I decided to go hard on and passed a lot of people. At the top of Lynch Hill, I saw the SVTC group and was urged on by Justine cheering for me. I really pushed on this ride - only 40K (24.8 mi) after all, though a notoriously hilly and difficult course - and I passed many people who had started the swim ahead of me. Rolled back into transition after 1hr, 42mins (not at all my fastest time for this distance, but given the hills and heat on this course, it will do!).

Quick transition this time, just pulled my bike shoes off, threw running shoes on, grabbed a visor and water bottle and took off. Not my best 10K run, as I was hit with bad stomach cramps in the first kilometer. The heat (and more hills) was really getting to me at that point too. I drank everything at every aid station and was happy they had hoses to water us down. I walked often when the cramps threatened to blow up my whole day. I think I'll have to find a different pre-race food, something less solid than the bagel I thought would be OK to eat 6 hours before I would be running. Once I reached the top of the last hill, with just the 2km to go, I sprinted the whole way downhill and to the finish line for a run time of 1hr, 5mins.

Because of the nature of the Wildflower course, I had hoped to maybe get my first olympic race down in 4 hours. My final race time: 3 hours, 39 minutes!!!! This means with a "normal" course and a run where I could actually run, less than 3:30 wouldn't be out of the realm of possibility.

To put a capital B on the Brutal day, we then had to walk/carry our bikes and gear back up the mountain, on a dirt trail, in the heat, uphill a long steep way. If we weren't exhausted to begin with! Drove the 2.5 hrs home and now I really need a shower.

For your amusement until I have real race photos to upload, here is me last night rubbing "Stan the Man" the SVTC mascot for good luck. 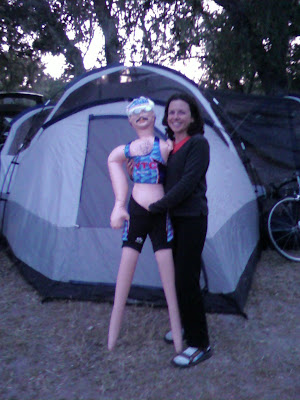 Throw me in the lake and let's get this thing started

No more training time left...it's time to get this show on the road. Chris and I head out in the morning for Wildflower. My transition bag is ready, my gear is ready, my clothes are packed, food is bought, bottles and bottles of water and Gatorade ready to go.

I've spent all week denying it was approaching and now I just want to get this bloody race started! Can't believe I will have to wait till Sunday AND watch everyone else race Saturday AND wait through 90 minutes of start waves before mine begins. Don't they know I'm anxious?

Speaking of which, I will be in my car at the campground Friday night listening to the broadcast of Game 5 of the Sharks-Stars playoff game, willing the Sharks to win from afar while Jeff enjoys them in person. Go SHARKS!!!!!