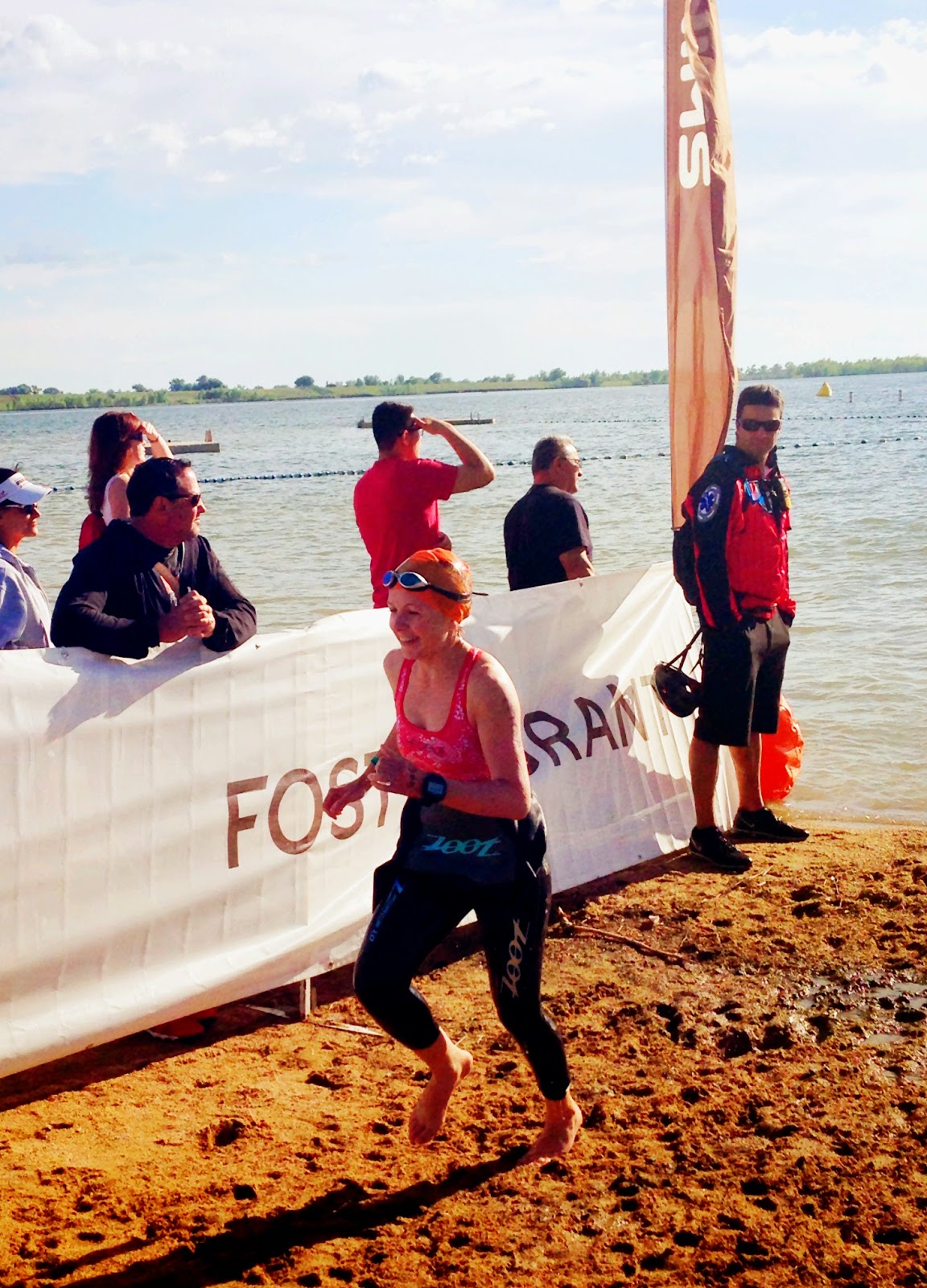 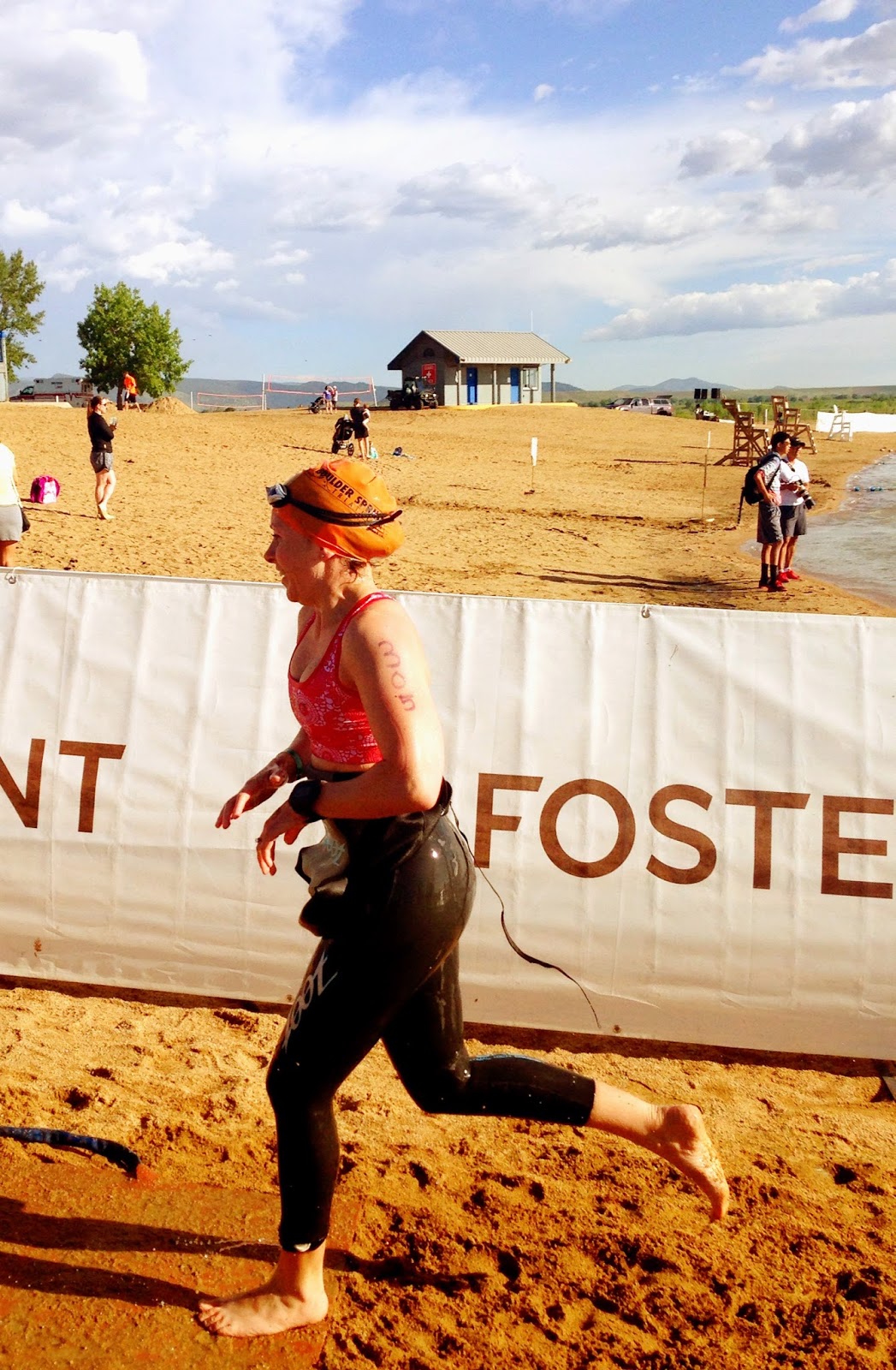 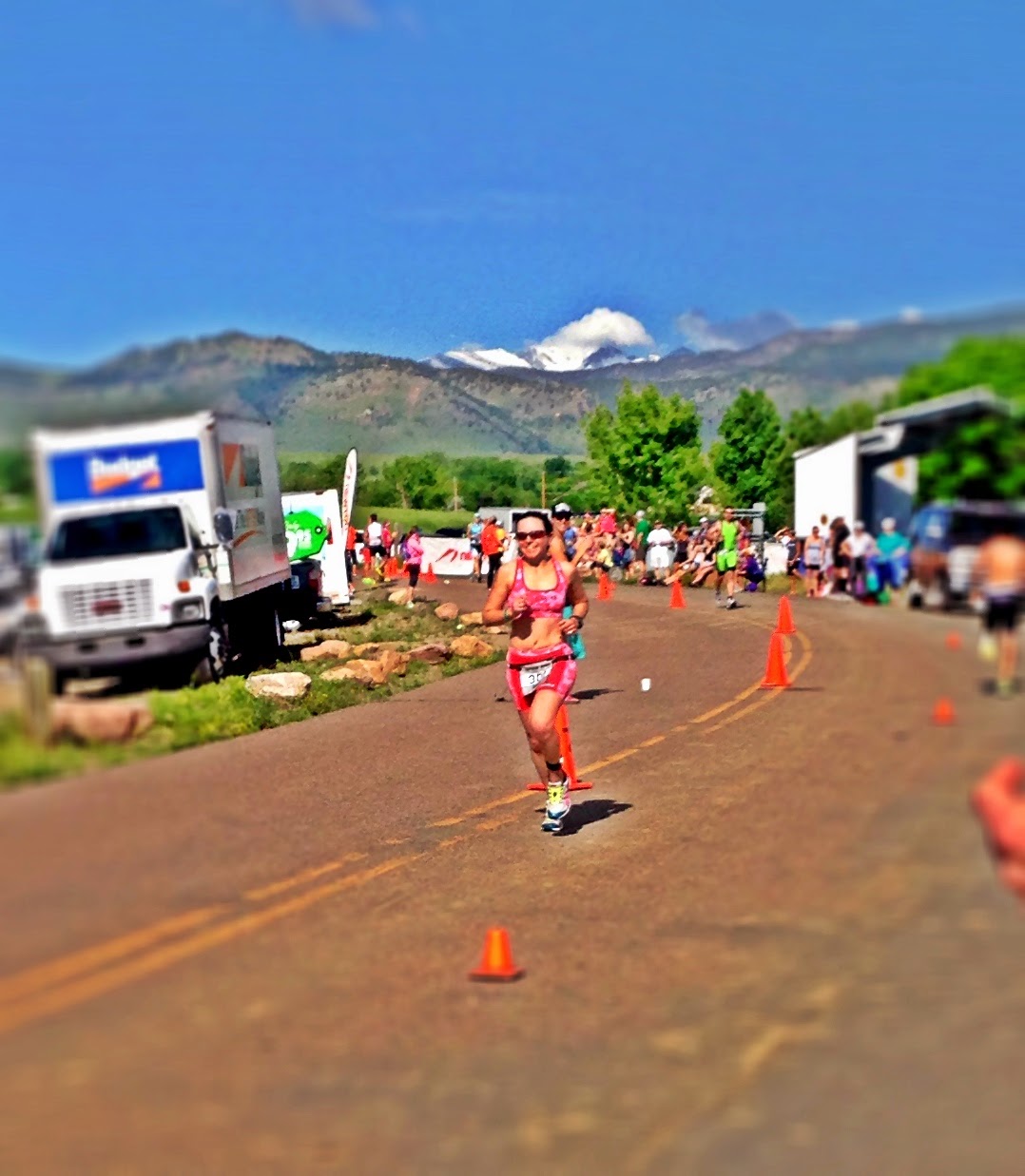 I ended the day grateful for the opportunity to go out there and have a good time and see people so excited to race their first triathlon.  Coming in the top 1/4 of my AG (7th place) at a competitive local race like this was nice but not as important on this particular day.  Thanks to Katie for cheering and the photos and pre- and post- race chitchat.  I'm extra excited for my next (and last, for now) triathlon in 4 weeks, because I get to do it with Tea!
Posted by Molly at 7:32 PM

Glad you got a handle on your swimming issues and went out and had a fun time!

You are awesome! Way to go after a goal and blow it away!

Congrats LMM! Yes, Boulder is something else. Connie was there too and raced and she says the same thing about racing there! WTG!

Congrats on passing so many freaking people and being able to count and retain the information! I love that your huge smile in all of the photos. Great job with a very competitive field.

You are such an overachiever with the passing people! Nice work.