Lots to pack into one update….

Two of my sisters played their first field hockey game this week. The freshman team played the JV team from another school – tough battle for them but I’m really proud anyway! 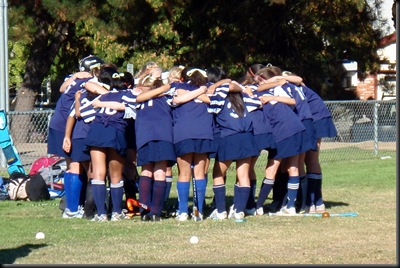 Yesterday was a flurry of activity. First masters swim, then a trail run up at Almaden Quicksilver. So. Many. Hills. 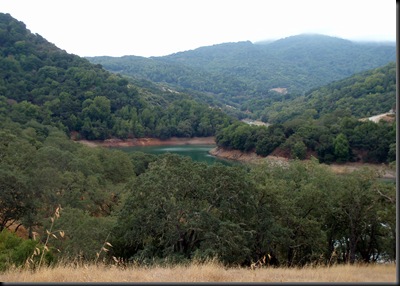 After that it was a hurry to get ready for my brother’s Team In Training fundraiser, a pub crawl through Campbell. Since I had a big Sunday workout on the schedule, it was mostly water for me but there was plenty to keep me entertained. Like the girl who just broke up with my brother showing up. Awkward. Or just the fun of observing a large group consume lots of alcohol.

College football on the brain. 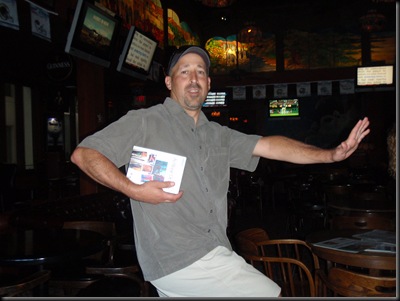 My husband introduces my cousin to Jager shots. 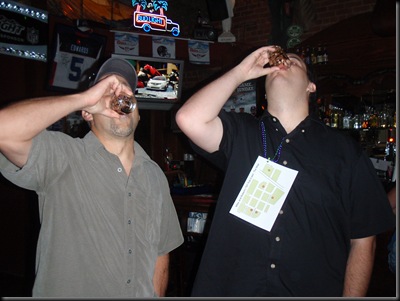 They were doing tequila shots by the 5th bar. 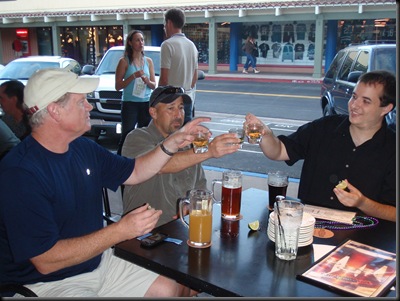 So…while others were perhaps feeling a bit under the weather this morning, I bounded out of bed ready to tackle the last day of my biggest training week for the year. I had a 4 hour ride and 45 minute run on tap and, with all my training partners occupied or taking a break this weekend, it was all mine to do alone. Which worked out perfectly as I could just focus on what I had to do, make up my own route as I went along, and just…do my thing.

Overall it was a lovely ride – I felt good on the hills and more confident than I’ve ever been on descending them. My run off the bike was so-so but it’d gotten hot and muggy and I really should’ve had some salt tabs. The only incident to mar the day was the ticket I got for not unclipping when turning right at a stop sign – apparently my stop was just not complete without it. The sheriffs were very nice, I was very nice and it was easier to just get on with the ride than let it get me down. It doesn’t go on my driving record, it’s just a fine (hey, it’s just money, right?). I understand their concern for safety when their town is bombarded with cyclists every weekend – I saw WAY too many people on their bikes running red lights and stop signs at full speed today. Oh well!

you're the second person I know to get a ticket while biking recently.

I wish they would fine the cyclists in sf. They are Horrible there about not obeying traffic laws!

wow we have alot of cops pulling over groups of riders and telling them they need to ride single file, which isnt actually the case. Guess its not just in MN:(
Glad you got thru the last big brick! GOOD JOB!

ENJOY YOUR rest week! YAHOO!
This whole thing of cyclists getting bike tickets is insane. Sorry. :) Hope you have your feet up and recovery socks on! LOL

Wow - that sucks about the ticket. It definitely looks like Jeff and the other bar hoppers were throwing it down!

you have way too much discipline :-)