Puck has been in our house 3 months now, so I thought I'd give a little update on how life with Puck works.  After about a month he was fully potty trained and after about 2.5 months, he's been trustworthy to leave alone in the house for a few hours at a time.  So with that simple puppy stuff under our belts, life gets more interesting.

He is a very intense snuggler and if he had his way, would spend his nights sleeping on our heads.  Instead he starts out in his crate and sleeps there until Jeff lets him out around 4am, after which he gets in bed and spoons us.  He is perfectly content to sleep late too, no rushing us out of bed like the beardies do!

He's a food maniac and SO obsessed with his meals that he refuses to go on morning walks because they only delay breakfast.  Evening walks are acceptable however. 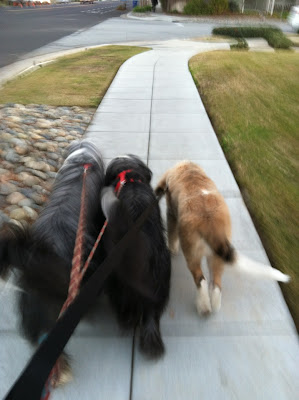 As soon as breakfast is served, he races out to the yard to wrestle and run with Max, who teases him with toys and then takes off running and barking.  They want to do this as soon as they have eaten, even if it's...5am.  So they get locked in the house till more like 7am.  I hope my neighbors are awake by then!

He's incredibly people focused and always wants to greet new people.  He's quite frustrated when every person we pass on a walk doesn't want to pet him.

He has recently learned how to dig. 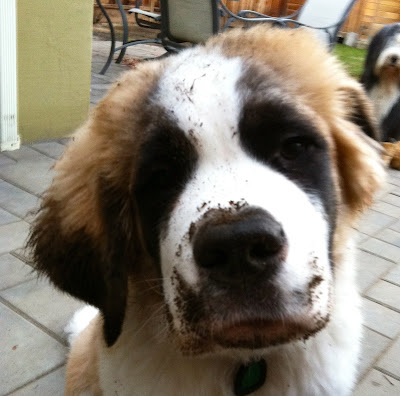 Puck thinks he's a beardie, which isn't surprising since he lives with 2 of them.  This past weekend he had the chance to join me at an agility trial (more on that in another post), followed by a playdate at Stanley's breeder's house.  He was delighted to engage in the reindeer games with all the other dogs and had no idea that he was not the 9th beardie there. 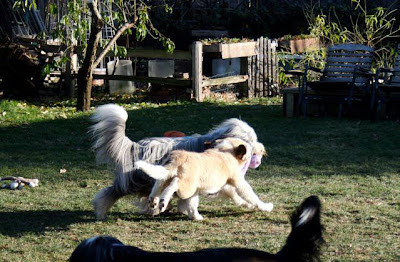 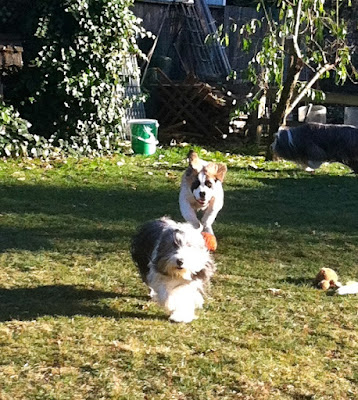 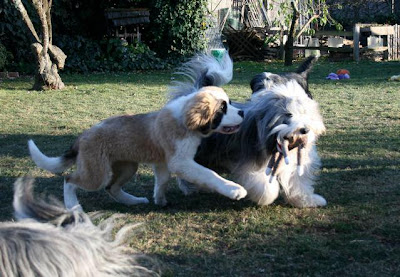 We started conformation class last week, as his first dog show is coming up next month.  He had a very good time as he figured out there was pretty much nonstop food shoved in his mouth as long as he behaved!  He starts nose work class in a couple of weeks and I think he's going to LOVE hunting for food in boxes.

So pretty much Puck fits in perfectly around here!  He still seems so little to us - still weighs less than either of the beardies - so it will be funny to see more of his personality develop as he grows.  In honor of Puck turning 5 months old this weekend, here's a little retrospective of his beginnings! 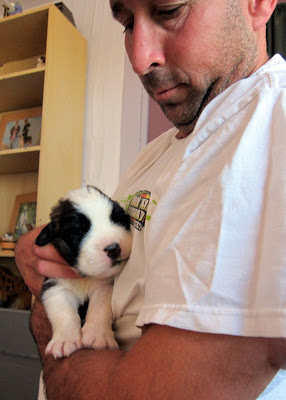 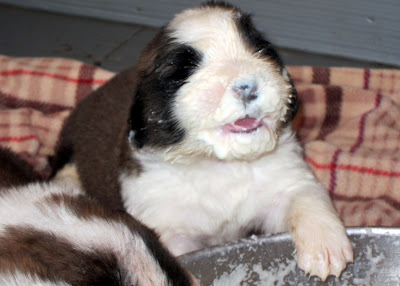 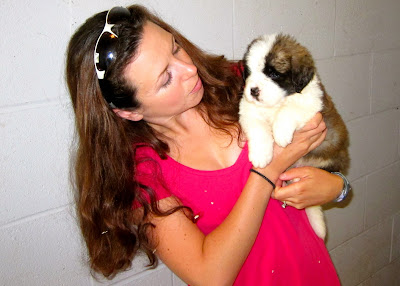 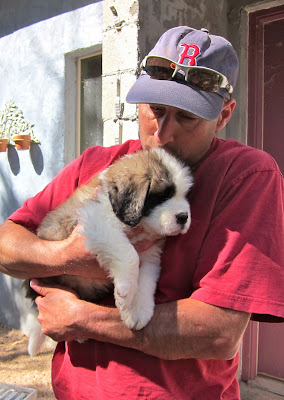 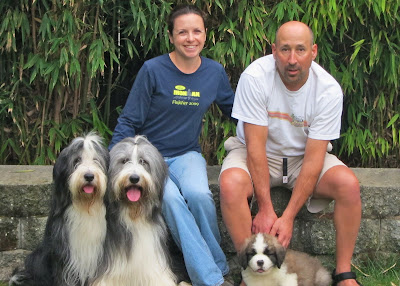 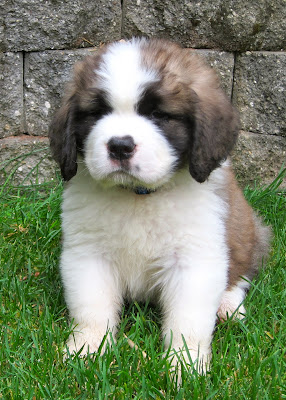 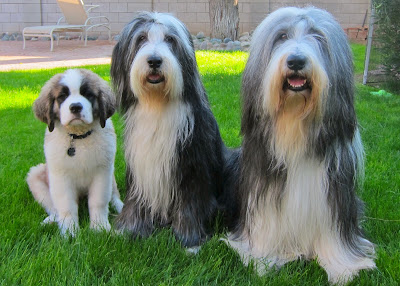 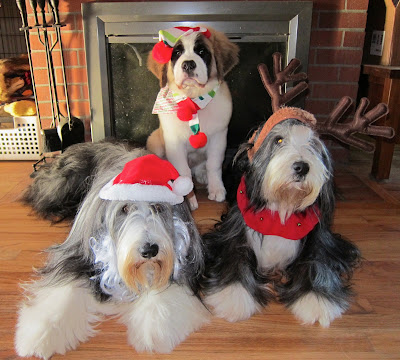 I think I'm going to die of cuteness overload!!! Love your boys!

I love the photo of all the Beardies and Puck, hilarious. My husband got a good laugh out of that and didn't even notice Puck until I pointed him out.

I think we have talked about this before... if you keep posting pictures of these pups, you might end up with a visitor (me) showing up on your door for an extended visit! :) Too cute!!!

soooo cute. Springer is the same way, annoyed if a person isn't interested in petting her on a walk. She just can't stop moving her butt to get them to pay attention to her.

Wow, Puck has grown so much and so fast. What a cutie!

magnificent. hard to believe the Puckster was ever that small!

I love all of your dogs, they are s awesome. I love that Puck's personality is coming out, and OMG, those legs! He grew into his body but now those legs!

love, love the pic of 8 beardies and Puck! "what, I fit right in!"Awesome.

I had to laugh that he doesn't want to go on AM walks. St. Bernards have funny personalities, I'm finding out more and more. My friends' Saint liked to sleep on the floor of the bathroom,(not a large bathroom, mind you) and was also a dog who liked to sleep in. IF one of them wanted to use the bathroom and he deamed it too early to get up, he would kick the door shut and lay against it, so no one could get in, til he was good and ready. Good thing they had 2 bathrooms!

I love that picture with the "9 beardies". I can't believe your baby is so grown up. And really, who wouldn't stop to pet that face on a walk?!