Stick a fork in me

because I am DONE after a tough weekend and a huge training block!

Jen and I got out the door early on Sunday to get our bike and run done before it got any hotter.  We revisited the site on the Beeline Hwy where I gave Jen a 9.5 for sticking the landing after vaulting a large metal post with her bike.  It was a testament to how trashed we were riding in the heat on Saturday that neither of us saw this giant metal beam sticking up in the air, about 6 inches across the ground, all the way across the bike lane until we were on top of it.  I was able to veer into the lane of traffic but Jen had nowhere to go and somehow managed to bunny-hop it with her front wheel.  When we returned to the scene on Sunday, it was moved aside as shown in the photo and not blocking the way as much.  Jen moved it all the way off the road before we left. 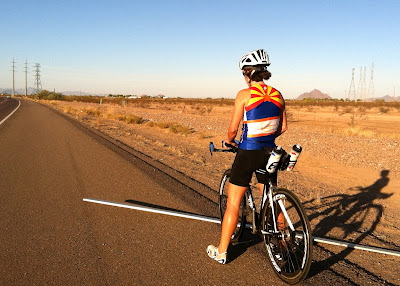 Thankfully we had planned ahead to reward ourselves handsomely after the training for the weekend was done.  Poolside cabana at Valley Ho for the rest of the day!!! 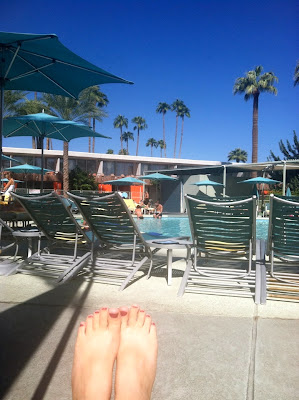 We were so damn healthy. 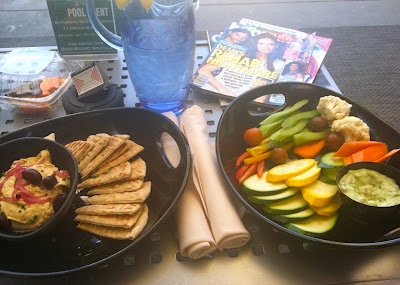 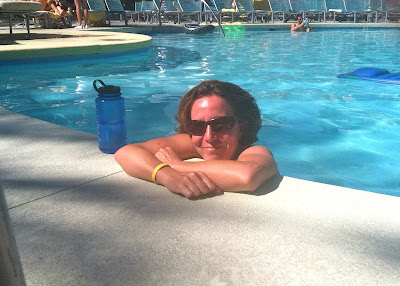 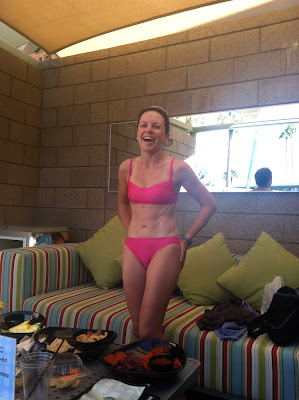 When Jen abandoned me to return to her responsibilities back home, I was able to snag a flight out Sunday night instead of o-dark-thirty Monday morning so I was back in my bed and home with my 4 boys by midnight.  I'll argue it's better to feel trashed in your own bed at 7am than trashed going to the airport at 4am :-)

Have a great week!  Thank goodness I have a rest day!
Posted by Molly at 9:26 AM

I am so glad your friend was not hurt by that pole!

In my office we decided that we are very jealous of your abs. Not jealous enough to go out and train as hard as you because that's just crazy talk! Then we ate a snickers mini in your honor. LOL

Thanks for a GREAT wknd Molly! See you in a few short weeks :)

I would have been in a heap on the roadway, off my bike and broken if I came across that pole. Look at that 6 pack, no really it's a ten pack!

Wow, your body is truly awesome. I want a body like that too! Now where did I put my chocolate... ;)

Enjoy your week and the restday.

Totally ripped Molly. Be gentle with us mere mortals.