As seems to be our trend for December 30th, we took the boys somewhere fun yesterday. This year, it was 7 hours in a car round-trip for 1.5 hours of fun in the snow! 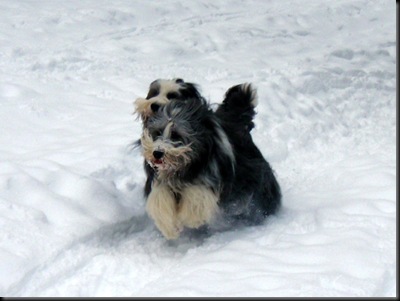 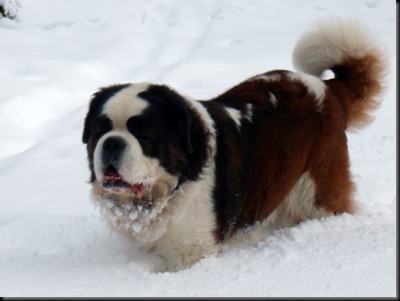 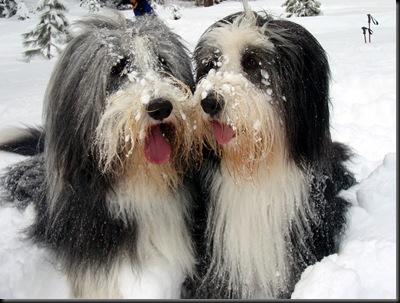 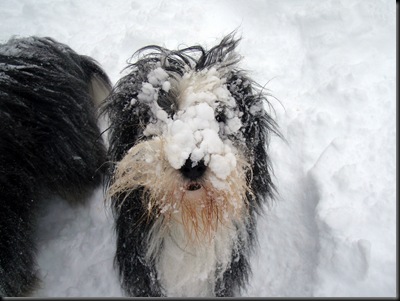 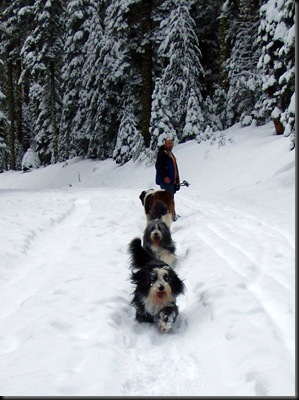 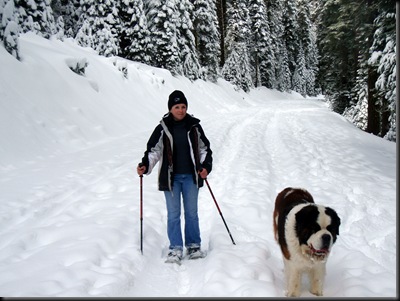 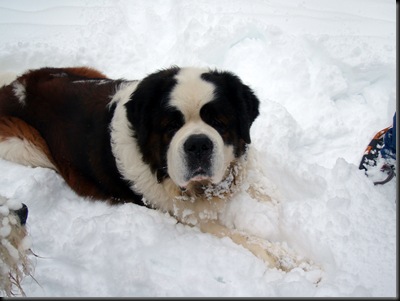 We had very tired dogs by the end. 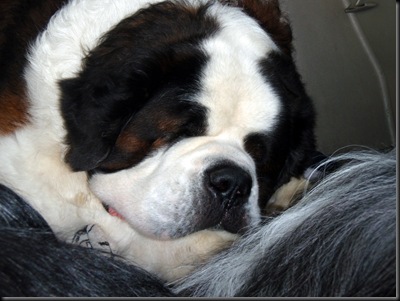 The only down side was the fresh powdery snow meant amazingly huge icy snow balls up both legs on the beardies. They lasted the entire 3.5 hour drive home and had to be melted with warm water in the bathtub. 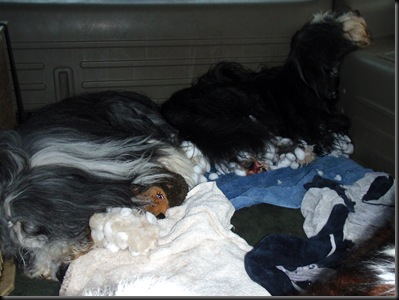 What else is there to be said about the year that hasn’t already? It was hard and wonderful and amazing and exhausting. I made so many new friends, I spent a lot of time training with old ones, I became a better athlete, I started trialing Stanley in agility, I PRed in the 1/2 Iron distance, I finally went on my honeymoon, I became an Ironman!

Here’s to even more fun, excitement, friendship, hard work and accomplishment in 2010!

Thats a whole lot of hours spent training! Congratulations on a great year!

Obviously I know how little you are since we've hung out, but that picture of you walking beside the big dog makes you look like a midget!

I can't tell them apart, but it looks like one of them was trying to make a snow angel in the video. Happy New Year.

Awwww, Cujo sleeping is sooooo cute. And you all had obviously a fun day. Good for you

Wow, you've trained a hell of a lot.

I loved comparing 08's totals to 09's. Awesome. And thanks for explaining how the boys get covered in snow, I was wondering =)

I love the video! It is so cute when Stanley is making a snow angel.

What a great year training-wise for you. How will you beat that next year?

What a great year! Love the snowballs on the fur pictures!

How adorable! I love taking my poochies snowshoeing. I swear they could sleep for days afterward!

Excuse me litle girl... is your mommy home? :-D

Love the video the puppies. They were made for that kind of weather.

Congrats on a great year!!

The video is hilarious! They were burrowing in that snow! Lili is very jealous.

The dog exhausting properties of snow can never be overestimated.