Last week I flew cross-country to spend one day at a dog show in Maryland.  Probably a little bit crazy but four of Stanley's kids from two of his litters last summer were making their show debut!  And since I hadn't met them because the litters had been in Ohio and Michigan - AND cause it would be a great opportunity to catch up with a lot of dog friends and meet others I only knew online - I didn't hesitate when it was suggested that I make the trip.

The puppies all did fantastic!  6 months old and in their very first dog show and they behaved beautifully!  None of the nonsense their father put me through :-)  They all handled the huge loud crazy indoor show confidently and I was so pleased with how they are growing up.

This is Flynn, he's a Stanley-Zoe puppy. 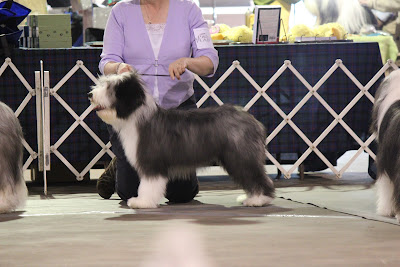 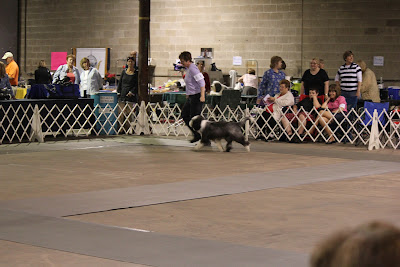 This is Flynn's brother Smudge. 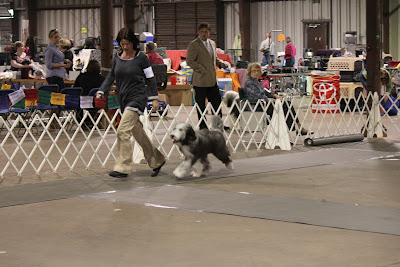 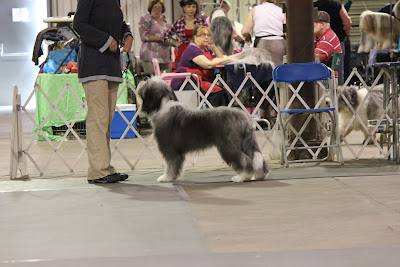 This is Adele, she's a Stanley-Abby puppy. 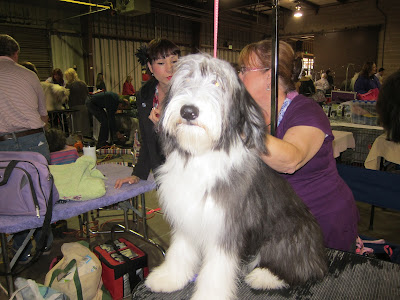 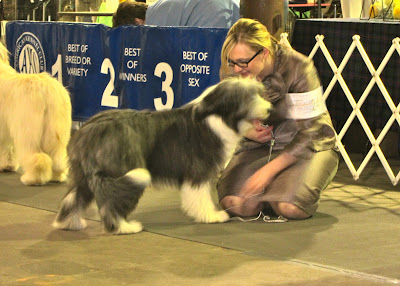 And this is her littermate Paisley. 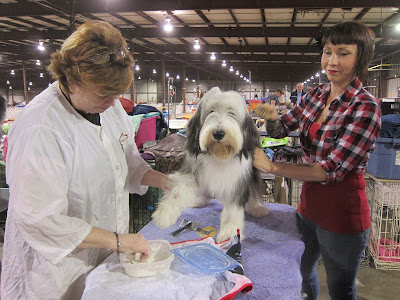 Paisley was all worn out after her big show day! 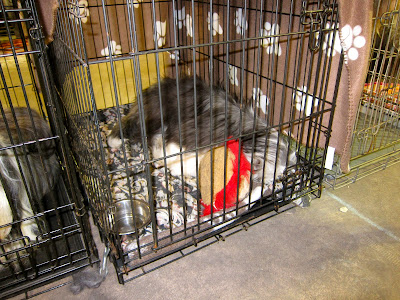 Smudge, Adele, Flynn, Paisley and their cousin Gillian - puppies are the best! 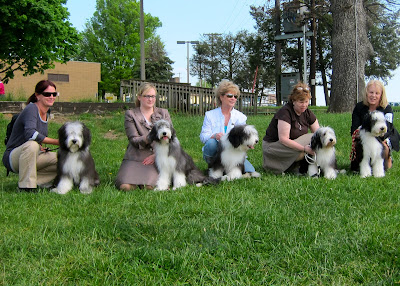 I also had a blast with the people and am grateful to everyone for hosting me, from picking me up at the airport to letting me crash on a couch to rushing me to the airport early Saturday morning when my taxi didn't show up (and the cab company refused to send anyone!). 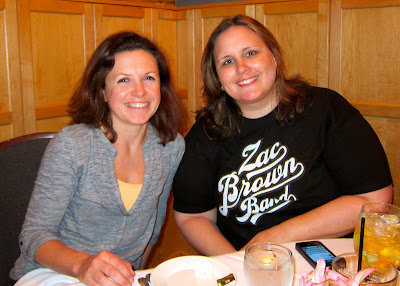 I hope I get to see more of Stan's kids at the National this fall!
Posted by Molly at 1:57 PM

That Stan really gets around :))) Beardie puppies are the fluffiest!

How smart - Stan certainly knows how to make a good looking puppy...or 4.

They are cute. How did they do at the show?

They all placed well in their classes, which is the most I'd hope for at this age!