This past weekend we did our last California agility trial, the Bay Team's USDAA trial in Prunedale.  I've decided I officially love USDAA best.  I'm not sure why it's taken me 10 years to figure this out.  But it's cheaper by the run and we get more of them in the day, plus I just like the relaxed atmosphere.  Rumor has it that USDAA Nationals next year will be back near my hometown, in which case I know what kind of trials I'll be signing up for in Colorado trying to qualify… 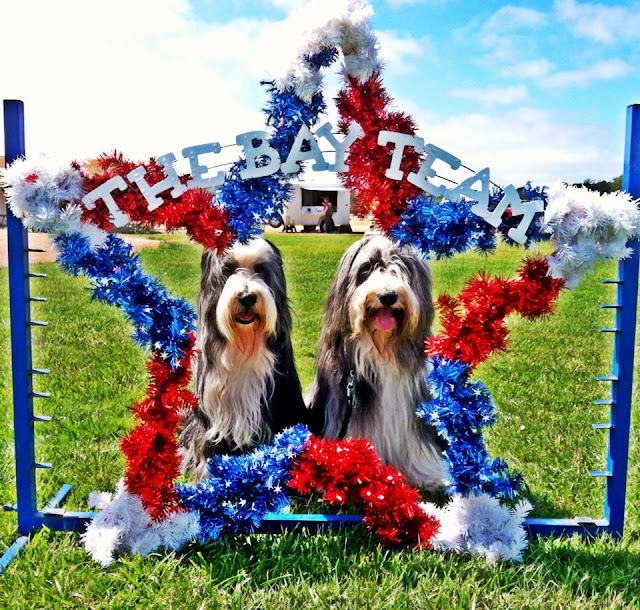 So here's how our weekend went…

Max
I ran Max only in Veterans Jumpers each day.  Just a little something so he could have a good time and feel like he was participating.

On Saturday he decided he REALLY wanted in the off-course tunnel and he was too darn happy for me to care.

On Sunday, I was glad it was Max (no pressure) I was running on this tricky course and he nailed it for a 2nd place.


Stanley
Stanley had the full dance card for the weekend, as I'd entered him in nearly everything I could (except the Masters Challenge classes, I didn't even know what those were).

First up on Saturday was PI Gamblers.  Always nice to take an energetic dog out on a cold cloudy day and run gamblers first to wear them out a little.  I ended up with more time than I expected in the opening so I had to improvise and add a couple jumps, but happily Stan got the gamble nicely too and 1st place.


After that was PI Snooker - always my favorite class!  We did a 4-6-6 in the opening and got through the entire closing for 1st place.  I might have pulled a glute muscle sprinting around the ring in this one.


I was really happy with his PII Jumpers run, even though he took an off-course tunnel (that was a tough one to pull off from).  I loved how nicely the threadle worked for us - he ended up in 2nd with a faster run than the 1st place dog who ran clean, even after doing the tunnel twice.


I didn't have especially high expectations for Steeplechase/PSJ with 2 A-frames but we actually put a pretty nice run together with just one knocked bar.  Our time plus faults was still low enough to land him in 5th place and make the cutoff for the finals on Sunday.


Finally, we had PI Standard to end the day.  There were good things…like his contacts.  And there were less good things, like the knocked bar that NQed us and the ridiculous amount of time it took to convince Stan to down on the table.  But he hasn't had to do that in a long time, so it will get better with more USDAA trials.

On Sunday, we started the day with Steeplechase/PSJ round 2.  Again, I'm quite pleased with how this run went, especially for the first of the day.  Stan finished in 4th and won me some money (just enough for a lap swim at the local pool LOL)!

After PSJ, we raced over to run PI Pairs with Shannon and Beckham as a beardie duo.  Somehow I didn't get video of this run (perhaps that was intentional) but given how competitive our boys are and how much they each hate sitting by idly while the other runs, they did great.  Despite a few bobbles, we qualified and placed 3rd. 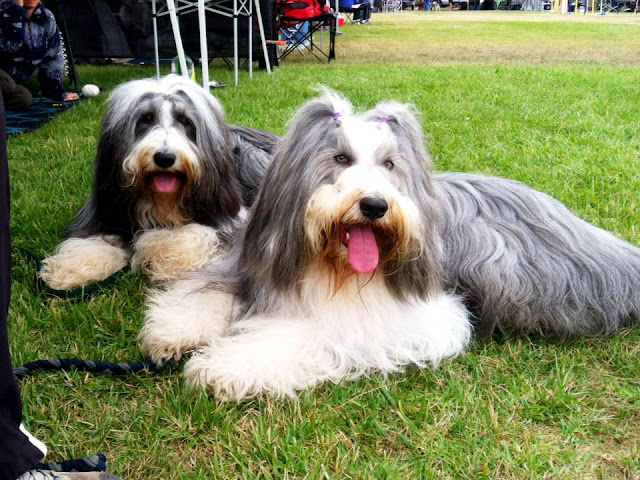 Even though we ended up one point short, I was even prouder of Sunday's snooker run than the day before.  I chose an aggressive opening of 5-7-7 and accomplished it while dodging many off-course obstacles around.  If we hadn't dropped the #6 bar, we'd have qualified and as it was they still placed us in 1st.


By the time PII Jumpers rolled around, we were both clearly a bit fried mentally…Stan qualified with a 2nd place but it wasn't exactly my favorite run of the weekend.


Finally, there was another Standard run and it's NO mistake in this case that I didn't get a video.  Our overall exhaustion caught up with us and it was not especially pretty, in particular the contacts that had been so nice all weekend. 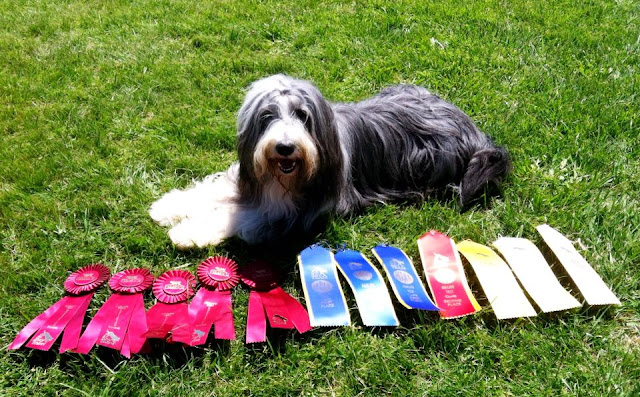 Overall though, I'm just thrilled with how well Stan's trial performance is coming along and excited to get out in Colorado and work him some more!


Relaxing at our house after the trial 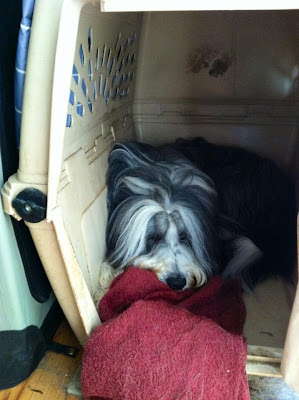 Well you're in luck. A new club is supposedly adding 3 new trials this year and maybe more next year (they were hoping to have a USDAA trial every month eventually over the next few years but that may be overly optimistic). And it's only a 40 minute drive from Boulder. This brings the USDAA trials within a 2 1/4 hour drive of Boulder up to about a dozen and only 4 of those are in the 2 hour range, half or so are 40 minutes or less. And Regionals will be 40-45 minutes away next May so you can work on those byes for Nat's.