After rolling into Tampa, Florida after midnight and my hotel room after 2am, it was a slow-moving morning with a 9am wakeup call. I loaded my gear back in the car and began the drive south to Sarasota.

I stopped outside St Petersburg for a few pictures of the blue water and scenery. 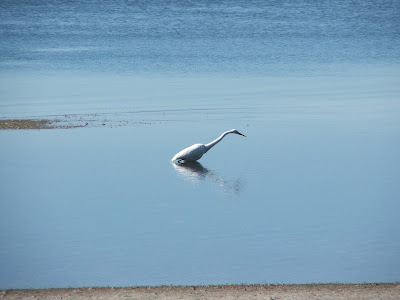 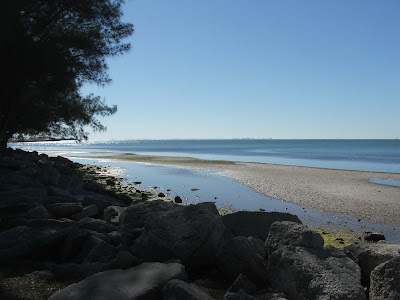 Upon arrival in Sarasota, I had my priorities in line. First stop: Whole Foods. I got breakfast and lunch and a bunch of fruit and snacks for the weekend. Then I went to a nearby park to eat my breakfast with a view. 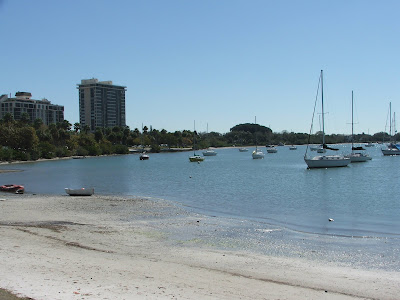 I returned to Whole Foods where I surprised Melissa. We had lunch, returned her rental car and went to the hotel to check in to our room. There in the driveway of the hotel, we saw a familiar ELF and her tall chatty friend. I unpacked my bicycle and mostly put her together. I still need the bike shop to fill the tires better for me in the morning.

And then finally it was time for the kickoff of camp! As it turns out, I traveled the furthest of all the campers. Shouldn't I get some kind of award for that? I did get the "nerd" label nice and early in camp though when I volunteered an explanation of how Tanita scales measure conductivity of water to determine their results.

Melissa was so excited she had trouble sleeping last night. 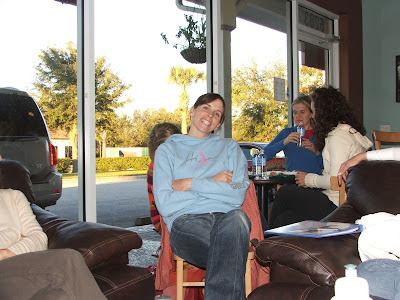 It was great to meet Jennifer Cunnane in person finally. 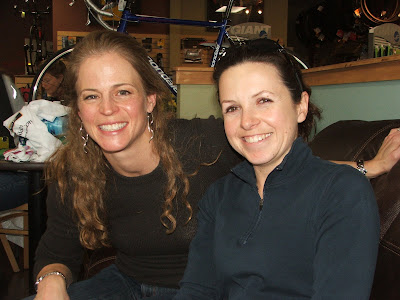 Thanks to Melissa for a much less fuzzy photo than the one I got. 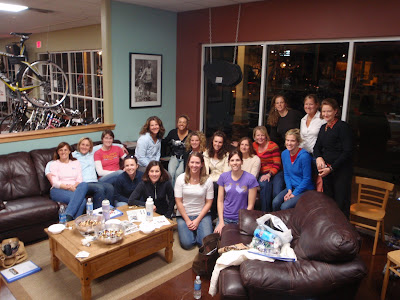 Glad you made it to FL safe. I've only been to the St. Pete area once though it's only about an hour or so away. Pretty pictures. Let the fun begin!

Woo Hoo! Thanks for the update!

Glad to see you and your bike made it there in good shape! At least you were smart and went to FL while they are having a cool snap LOL. Have fun!

Happy to see you are posting photos. Seems like you are the only one (I know) who is. :)

And your FB updates make me feel like I'm right there with you - from the comfort of my desk. :)

Looks like a GREAT time! Have fun and enjoy! Woo-hoo! And if Elf's tall chatty friend gets out of control, just toss some Peanut M&Ms at her. That should make things better. :) Believe me, I know!