Just 49 days – 7 weeks – until Ironman Arizona!  Time is flying along and I can only hope to keep up and be ready.

My day started yet again hours before dawn, eating my “pre-race” breakfast, lubing up with sunblock and Aquaphor, walking the dogs in the dark, and driving out to the ride start point/all-day aid station/meeting place.

I arrived a little ahead of our meeting time and took the bike out for a 20-minute warmup in the dark.  It wasn’t too bad with a full moon to light the road and my blinky light on me for the cars to see.  It was, however, very cold compared to the riding weather we’ve had the past few months.  About 49 degrees, which meant I was wearing arm warmers, leg warmers, a breathable top over my bike jersey, and a windbreaker over all of that.  I shed the extra top once I got back to my car feeling warmer and saw that Melissa and Amy from masters had arrived.  Nigel got there a few minutes later, everyone got prepped and we were off!

It was light enough to ride but the sun was still not quite peeping over the mountains yet. 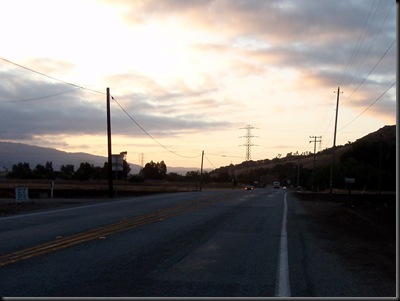 I felt sluggish at the start and thankful that my workout called for a very long “warmup” (we’re talking hours here).  A few miles down the road, I realized…no one was behind me.  Oops.  A couple miles later, Nigel caught me and we rode on into downtown Morgan Hill.  I stopped there to wait for Melissa and Amy and after a while checked my phone to see Melissa had texted me.  She’d gotten a flat and told me to go on.  She knew I had a big day ahead.  Thanks, Melissa!  I feel bad leaving someone behind but I knew I’d written her really nice directions for the part of the ride she was doing and hoped we’d see her later in the day.

Nigel and I rode on through Morgan Hill, San Martin, and Gilroy before turning back into the beginnings of our usual north (head)wind.  Once back to the cars and done with the first 47 miles, we refilled water bottles, dropped off extra layers of clothes (it had warmed up to about 70 by that point), and began the next stage of the ride – HILLS!  Around here, there really is no such thing as gentle rollers, so when my workout says hills I know there is a lot of climbing to be done.  We rode up into the hills, passing several reservoirs and lots of cows before bombing back down into the flats on a return trip to the car.  At that point, we saw Melissa and Amy back and getting ready to leave and picked up Jeff, who had left his bike at the shop for a tuneup and couldn’t join us until it opened.  We went on to do a larger hilly loop before the men decided to call it a day (Nigel: 78 miles, his longest ride ever! Jeff: 19 miles, apparently just not that “into it” today).

My view for most of the day: doing his home country proud! 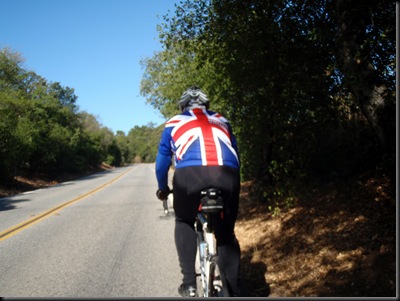 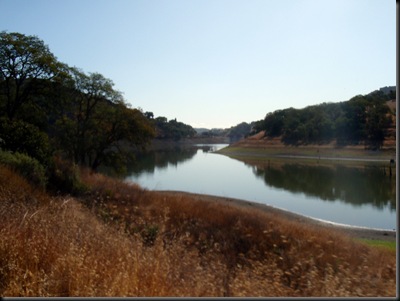 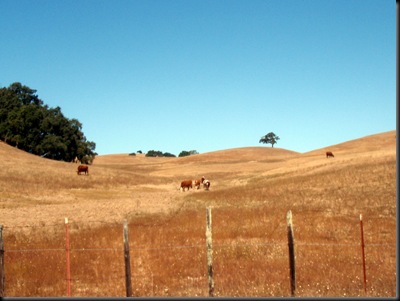 I appreciated that my little “potty stop” in the bushes was marked so well to maintain my privacy :) 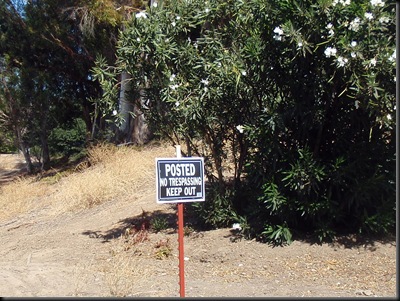 Nigel was all worn out and I…was getting back on the bike for more. 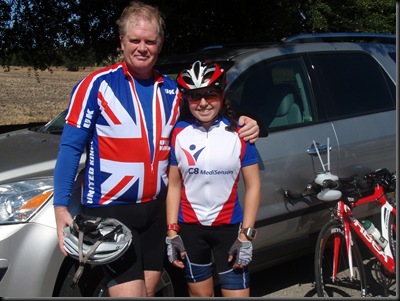 While the guys went for beer and BBQ, I rode another half-hour for an even 90 miles.  And then I ran for 25 minutes.  And THEN I joined the men for a sandwich and milkshake.

From this view, I rode all over the south valley. 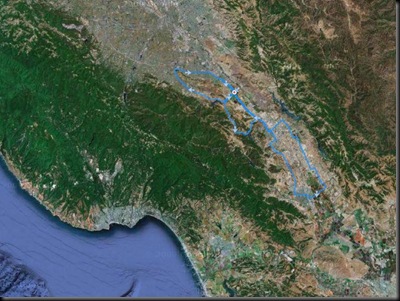 Lots of farmland, edges of towns, and hills 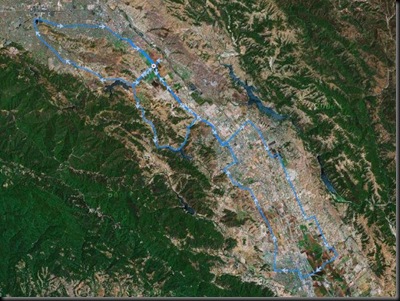 Hard little run out among the farms and dry fields 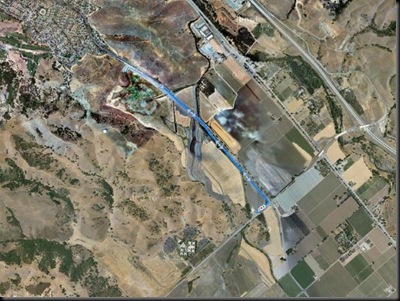 Sounds like a tough ride, but at least with a great view. You are going to be well prepared going into IMAZ

You are going to do awesome!!
Nice that you have riding buddies. :)

I am glad you get to enjoy some of our "Britishness". He he. You are going to rock at IMAZ!!!

You are a killer-crazy Ironwoman! That's just insane stuff! Blows my mind! Way to go, Molly!

You would be right at home riding here in Geowga :-)

Terrific job on your training! You are passing each hurdle and making it look easy! I can't believe the race is in only 49 days!

Yes, anything less than 70-degs and I am layered like an onion. Way to go on your 90-miler and thanks for sharing the scenery!

Nice job on the ride! Can't believe the clock is ticking down so close on IMAZ. Sounds like you are ready to rock it though!!