It was another insane weekend of travel, activities and training!

The dogs and I headed up to Sonoma County on Friday afternoon.  We took the scenic route and checked out my intended long ride bike course along the way. 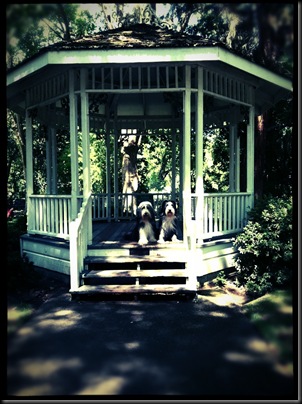 We were up north because my brother was going to be racing the full Iron distance at Vineman!  I spent Friday evening running errands in Santa Rosa, hitting a cute local gluten-free bakery and getting dinner at Whole Foods before trying to go to bed early.

And so we were up bright and early Saturday (ok, maybe a little grumpy and tired but it was 4:30 am after all) to drive out to Guerneville for the race start.  After some major pre-race drama, things got going and Robert was off for a long day of racing!  Once he hit the roads on the bike, I drove the beardies over to Beth’s house to play with their sisters for the day and then drove myself to Calistoga for my long ride!  I’d been tipped off that Silverado Trail was a great place to ride, roughly 27 miles long with only one stop sign the entire way and a nice big bike lane.  It did not disappoint!  (Well it might if you get tired of views of grapevines and hills) 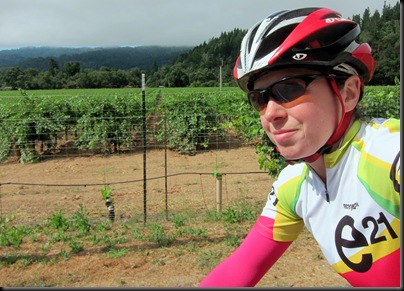 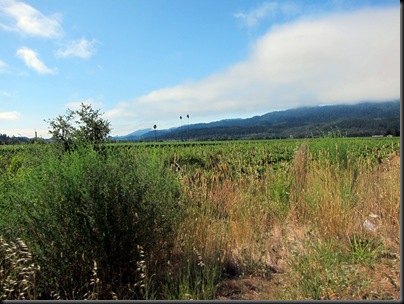 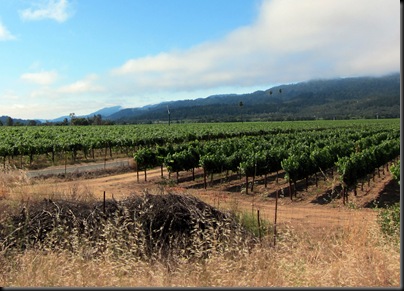 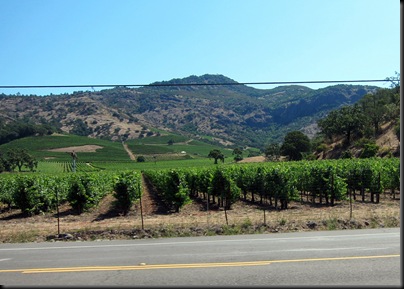 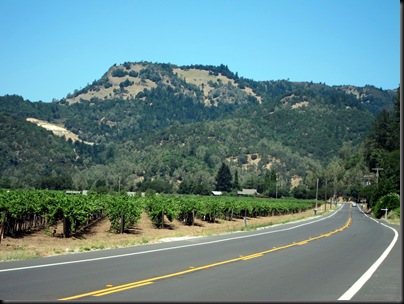 And 4 hours later, I was done with my longest ride of the year so far.  I even had a really good run off the bike, I could have done it all day – I think I finally got my fueling on the bike just right.  Then it was time to swing back to get the (now tired) dogs and get over to Windsor to spectate the race again.  My brother had just headed out on his first loop of the run when I got there so we had time to get settled in with the family.  The boys enjoyed all the attention! 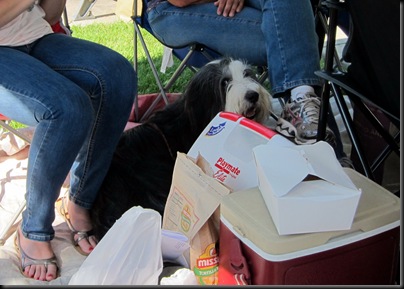 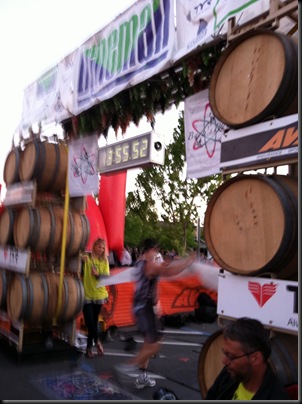 From there it was a 2 hour drive home for me and the mutts, a quick unloading of the car and off to bed at 11:30pm to try to get some rest for the next day’s workout.

I wrapped up the week Sunday morning with a long run.  My instructions were to do a HILLY TRAIL, so I went up Lexington Dam for the first time in ages (possibly have only ever done this on my mountain bike) and then further up the hills behind it.

You can barely see the path running across/up the middle of the dam going to the left.

Here’s what it looks like from below as you approach.

Dam photos stolen from this site, I didn’t run with a camera.

And with that, I was done, exhausted, FINISHED for the week.  We saw Cowboys & Aliens (very fun movie) and otherwise I sat around in a tired daze all day and tried to eat a lot.

Hope everyone had a fun weekend!

LOVE the pictures of your ride!!! So, so beautiful!! Brings me back to Vineman all over again! :) Congrats to your brother!

I heard you cheering! Thank you so much!!!! And, thank you so very much for the encouragement on the comment you left me. It was a good day overall, with a very big disappointment in the middle. However, very glad I learned so much from the experience. I'm so happy you got to ride the Silverado! And, your brother kicked butt! :)

Nice! That is such a beautiful area!!

Nice job with your training! Want to share your bike nutrition success with me??? :)

oh i love those pictures. I miss vineman, wish I could have been there. Hope you resting up after a big weekend!
LC