But first, a few shots from yesterday's ride event.  I was a bad event director and only took a few photos.  So sue me, I was BUSY! :-)

It was a beautiful day for a ride! 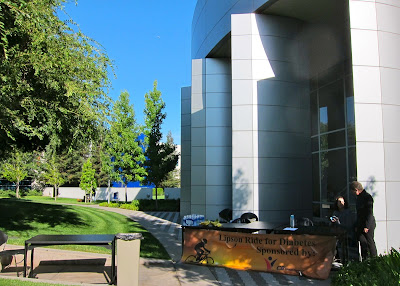 The dogs were good about hanging out in between things. 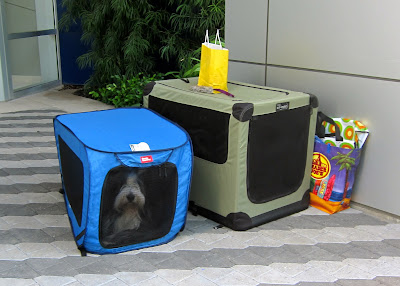 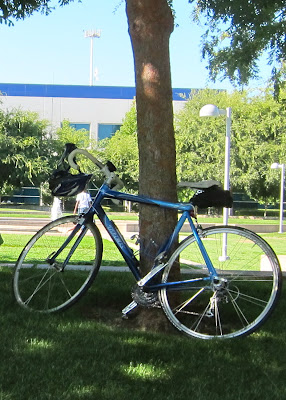 Anyway, on to today...where I had a long ride on tap and a husband with his bike repaired to drag me around the valley.  Knowing my legs might still be a bit taxed from racing last weekend, Coach said shameless drafting was allowed!

I suppose I have to admit that fall is coming, we started riding at 7am and the sun still wasn't up! 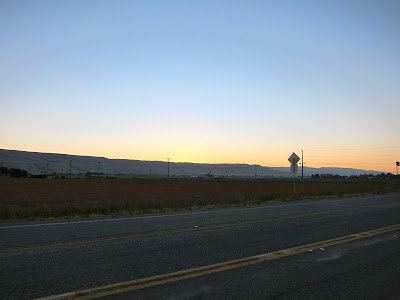 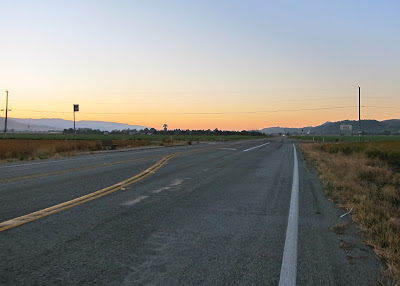 Hello, sun, can we have some warmth now? I haven't been able to feel my fingers since we started. 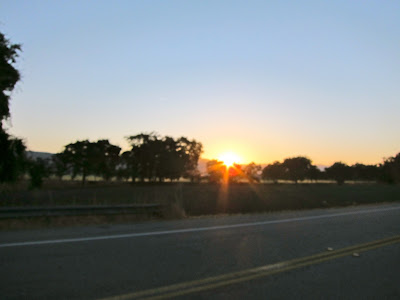 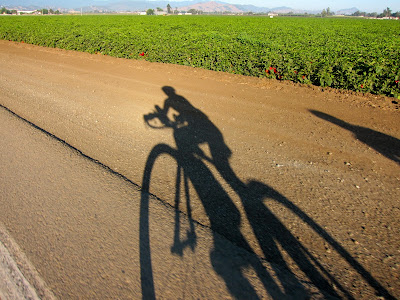 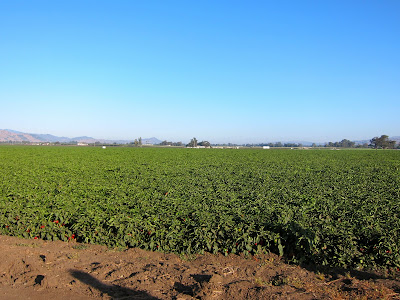 After Jeff and I did one loop of our long route down to Gilroy and back, we swung back to the car to refill our bottles and pick up another ride companion, George!  This was my view for the rest of the day. 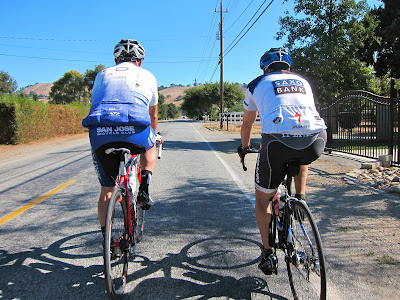 It was somewhere around the point of this picture (mile 55 or so) that my right hip flexor started expressing very angry thoughts about riding. 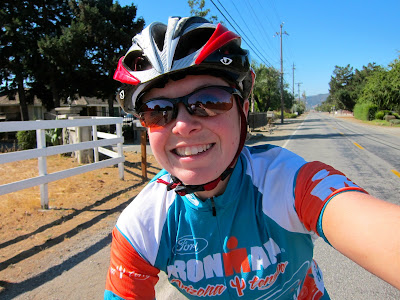 As perhaps a gift, it was shortly after that that I flatted with 2 thorns in my front tire.  There are no photos of me lying on the shoulder stretching my hip out but it happened.  I was awfully chipper about changing my flat though - it went easily AND two different drivers pulled over to see if I needed help.  One of them had just finished his own ride and had a full-sized pump in his truck - it saved me a CO2 cartridge! 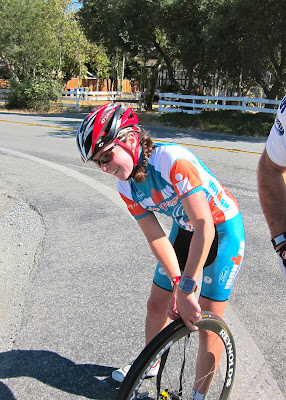 From there, sadly my hip had some rough and painful moments.  I tried to get through them by smiling for as long as possible. 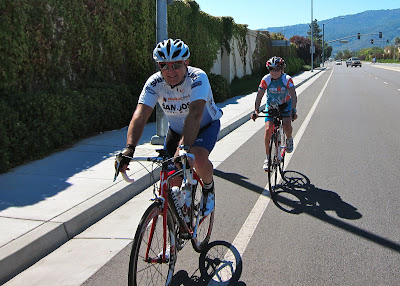 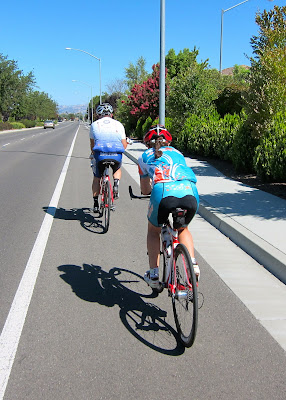 But there were a few tears shed in my official Ironman Training Mandatory Meltdown.  I think I got mad at Jeff for slowing down in front of me and then he got behind me and that made me madder because I couldn't draft in the wind and I was going so slow because my hip hurt?  Anyway, sniffle-sob-pityparty and then I was better.  And the boys pulled me and I pulled them and eventually we were DONE with the ride.  I'd gone from freezing before sunrise to cooking in 85 degree heat and pedaled for nearly 5.5 hours. 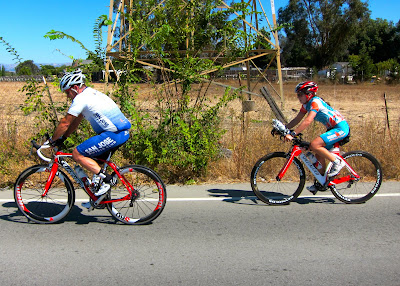 I arranged to meet Jeff at a Taco Bell several miles down the road and headed off on my run off the bike while he gave George a ride home.  I call this my "practicing for training in Kona" picture because it was hot, there was no shade, and the landscape was all asphalt and dry fields. 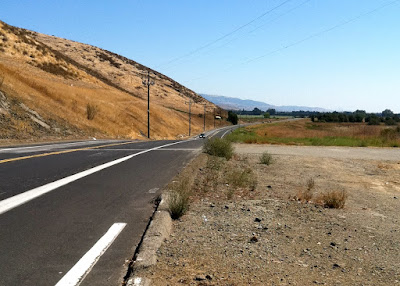 As it turned out, I had a fantastic run in the heat, covering more distance than I expected while feeling great throughout.  I sat in the shade at Taco Bell till Jeff showed up and then asked him to buy me a sugary soda as a reward :)

"Recovery" week is done and there's a BIG training week ahead!  Thankfully I've already arranged to see my ART doc tomorrow and Wednesday to address the hip crankiness before it become a real problem.  Onward!
Posted by Molly at 5:21 PM

Great job on your training! Keep that hip in check.

i would have dominated some taco bell after that ride! take care of that hip lady!

I'm hot just looking at those dry photos. Sorry about the hip but from my perspective it's nice to know that Molly occasionally gets some aches and pains during her Ironman training :) You are a superstar!

you deserve one hell of a recovery week, and maybe some mariposa brownies!

I love ART docs, I hope it helps with your hip.

I also LOVE the little Kennels!! They look like they collapse down? Cool.

Keep up the great work training!

Nice job with your ride and run! I'm sorry you're still having problems with your hip. Hopefully the ART will help!