As this week has kicked off my pre-Ironman build (the official IM build begins in just a couple weeks), I’ve been spending a lot of time outside!  Not very shocking, right?  I’ve done bike/run, I’ve done swim/run, I’ve done swim drills, I’ve done trail run…I’ve got another 6.5 hrs of workouts this weekend before I am finished!

Yesterday, the beardies and I went to Shadow Cliffs for a playdate with their buddy Belle.  Eileen and I both forgot our cameras (aaaaahhhhhh!) but the dogs spent an entire hour swimming and having a blast.  Belle whomped her way through the water to fetch her bumper while the wild and wet shaggies chased her and barked their fool heads off.  It was quite a sight. 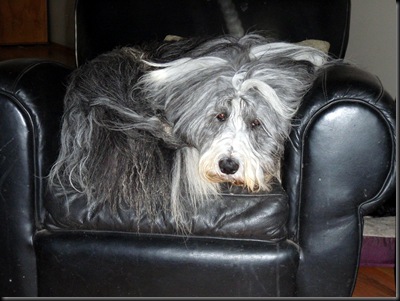 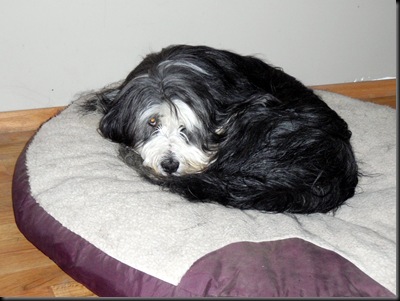 The reason I let the boys get so filthy yesterday was because they were going to the groomers today!  Voila!  Instant clean good-smelling dogs. 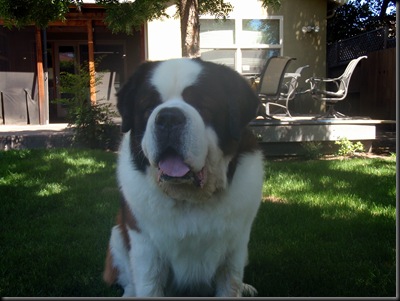 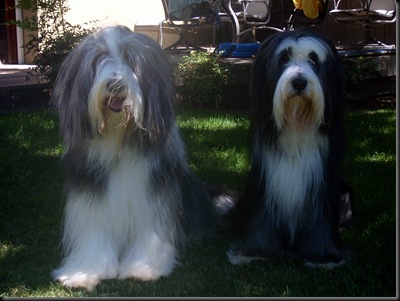 While the boys were off on their spa date this morning, I was in the Cupertino foothills running trails!  Trail running…I know it makes you a stronger runner, but it’s still so HARD for me  Some of you may live somewhere with nice gently graded trails, little rolling hills, but HERE the trails all do one thing – GO STRAIGHT UP.  Somehow I always wind up on the loops that spend 5 miles going up and 1 mile coming down (and going the opposite way would totally blow my HR targets, so the longer uphill it is).  Surprising to me though, I really did fall into a rhythm on the hills today after about 30 minutes of suffering and then the run was quite enjoyable!

The run began immediately with a climb from the parking area to the dam at Steven’s Creek Reservoir. 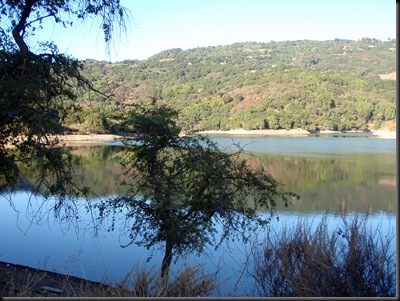 For a very short time (maybe 1/3 mile?) it ambled along at the level of the reservoir.  See that nice trail across the water?  I didn’t get to go there. 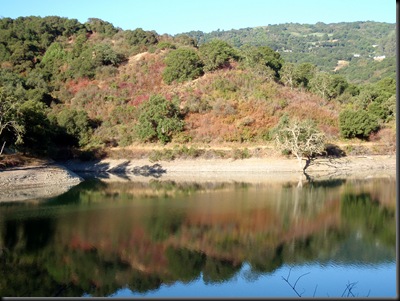 Instead I turned uphill away from the water and began climbing into the hills. 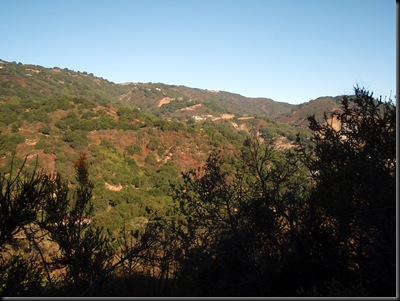 I came around one corner and bunnies scattered everywhere.  I only caught one of them before he darted away. 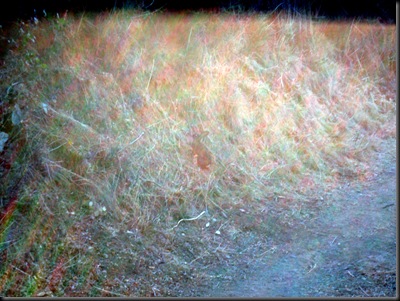 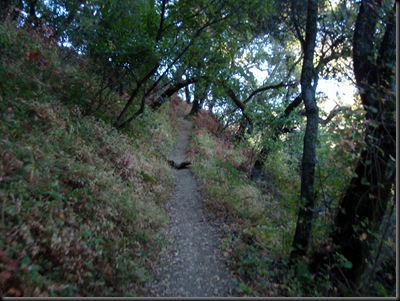 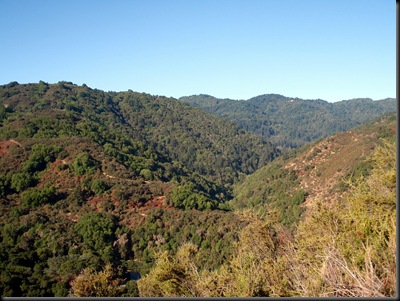 A crossroad…and I’m going – you guessed it – up again. 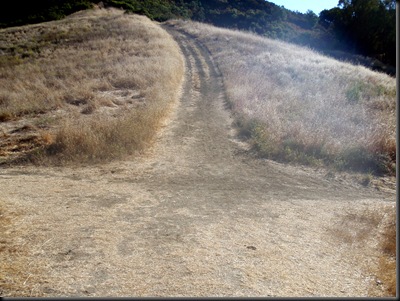 I got to a point where I was above a lot of the trees and the landscape changed to dry California summery hills. 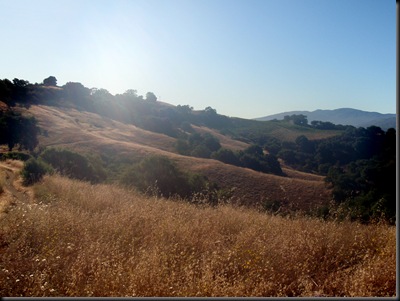 At the top of the ridge, I got a panoramic view of the San Francisco Bay. (click to see more detail)  The highest point on the other side of the water is Mount Diablo over in the East Bay.

From there I ran the trail along the ridgeline – rolling but still uphill until the final drop back to the trailhead. 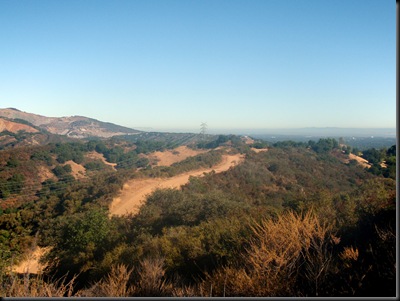 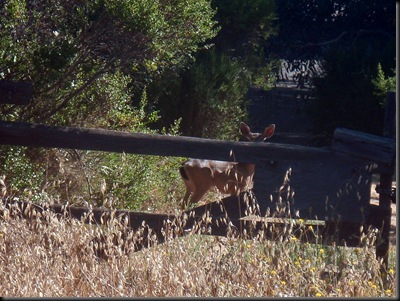 I was highly tempted to dive into this gentle little creek right next to my car! 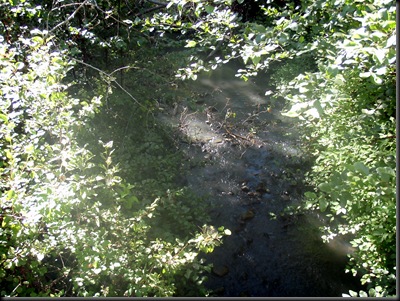 In the end, it was 90 minutes of running,~8 miles covered, with (supposedly) ~2750 feet of climbing.  Good thing tomorrow is a rest day!

oh good Lord, Molly... what beautiful pictures today! When you wrote about running on trails last night on FB, my hear skipped a beat (a jealous beat). :o) Beautiful... and I'm glad you had a super run! No wonder you've been PRing all over the place! You go!

Oh and those pups... for muddy swampy mopps... they still are oh-so-handsome!

what a run! way to stick out the challenge, it must have been hard with all those beautiful views...

I have to say - your muddy swamp mops are quite loveable!!! :)

Beautiful! The run, not the dogs. But I suppose that they're beautiful as well :) Keep up the AWESOME work and HOORAY for the IM build :)

Great job on your run! Woohoo! And awesome playdate yesterday! Belle loved the swampy kids, HA! Seriously we need our cameras next time, loved it when they were anticipating the throw ;-))

Those are such beautiful trails.

One would like to think that the reward from going up up up is coming back down, until you figure out that hurts even worse :-) Nice job!!!

Um, good for you. But you now have me scared for my trail run coming up. Eek, but it looked pretty... but it also looked hot!