Jenn and I went on what we hoped would be a fun little adventure today.  We stood in line for 2 hours to see our favorite Sharks player, Doug Murray, in the hopes of getting a picture with him. 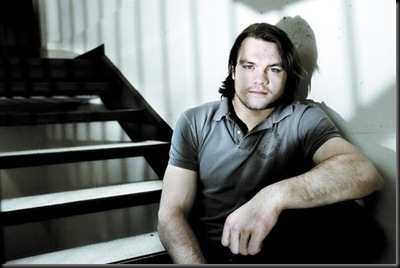 It was light when we started in line, 90 minutes before the signing was to begin. 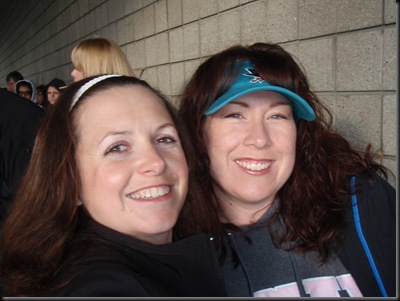 And getting dark out by the time we got to the front, though we were 136th in line. 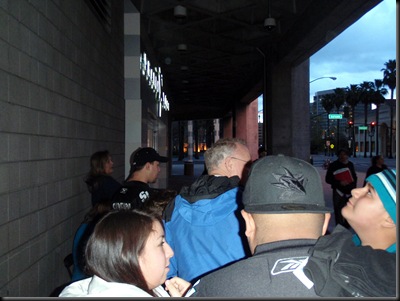 Sadly we were quite disappointed to be told no photography was allowed, not even no-flash, not even through the store windows from outside, or people would be thrown out.  Bah!  I would much rather have a photo than an autograph!  At least Jenn was able to evoke an actual response from him by thanking him in Swedish. 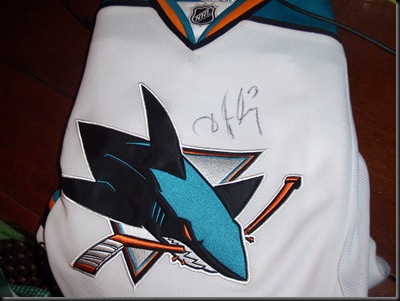 Oh well, thanks to the miracle of photo editing software, we can still have what we hoped to have!  :) 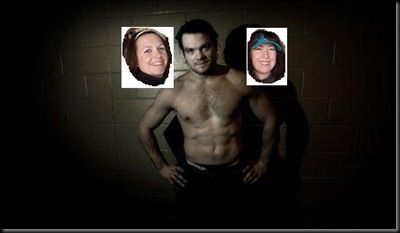 The final one is thee best:)

I think you have a future in graphic-art design with photoshop...

LOL....Well it was fun. Even with all the "interesting" fans around us. We're just gonna have to go to practice one of these days! Maybe I will have to figure out how to ask for a picture in Swedish....

love the photo shop. I know the whole waiting forever to be told no photos. I waited forever to see Trevor Linden (twice).

First time, they cut off personal photos with him when I was half way through the line.

The second time, they cut the auto's from 2 per person to only 1 slightly before I got there.

Frustrating, but the no photographs at all is stupid.

what a bummer! You know what you could do....go to the sharks open practice you can catch most of them when they come out! Happens a few times a month in san jose :)