This was not our first visit to Jamaica – 6 years ago Jeff and I were coming to this very resort when a powerful hurricane struck the island 1 week beforehand.  Our resort was closed down for repairs and so we ended up moved to Couples Negril.  We had a great time, but there’s always been some part of me yearning to get back to this one, the one I’d been attracted to initially.  They have their own private island, for goodness sake!

Before this trip, I watched the forecasts and the National Hurricane Center sites closely.  After being clear for most of hurricane season, wouldn’t you know – Tropical Storm Tomas formed out in the Atlantic.  Tomas was quite an indecisive storm, alternating between tropical storm and hurricane for over a week.  Most important for me, he did not cause cancellation of any of our flights.  I figured once we got to Jamaica, we’d make it work no matter what.  As long as it’s warm out, what do I care if it’s raining – hello, 80 DEGREE WATER!

Our first morning, after I finished my morning run at the gym, it was raining.  So of course, what else is there to do but swim if you’ll be wet anyway?

IIt was a “red flag” day with winds and rain so they pulled in all water sports equipment and did not open the island.  In addition, to prepare for the hurricane, they pulled in all the boats and moved the island dock to the middle of the bay where it coudn’t bash into anything.  Still, it was as calm to me as a normal day back home in the Pacific, except a whole lot warmer (again, 80 DEGREE WATER – OMG!). 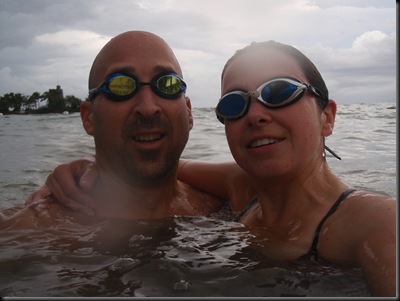 The pool was colder but safer. 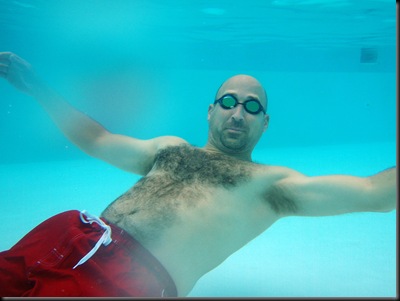 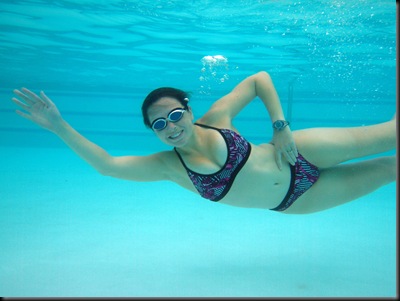 We spent most of the day hanging out with our new friends we’d met on the shuttle ride in from the airport. 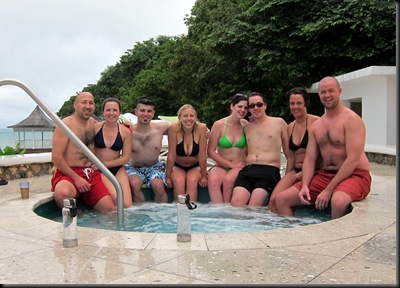 When I was finally done running around in the rain and wind outside, I did indulge in a frosty beverage. 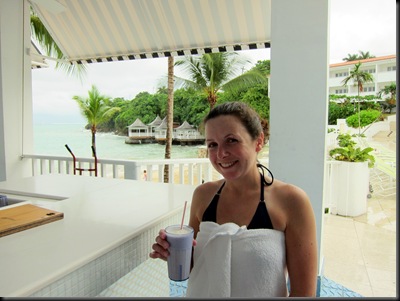 We took a really long nap after that and woke up when it was dark out.  Aaaaah, the island life.  Without that nap, I’d never have made it to midnight like I did (yes, I go to bed at like 9pm normally). 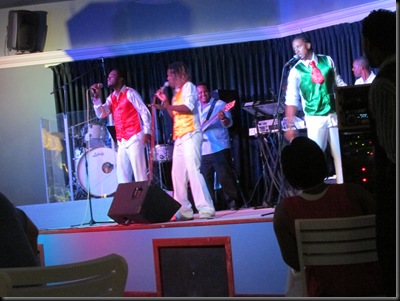 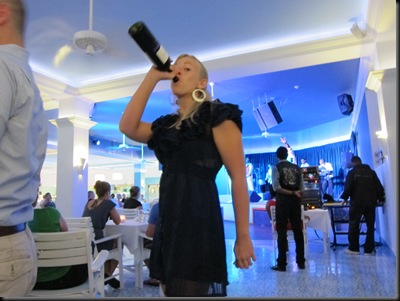 At the piano bar sing-a-long.  I was completely sober at this point. 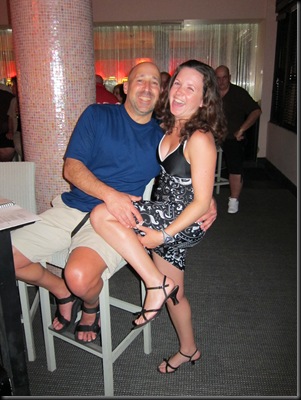 That night Tropical Storm/Hurricane Tomas passed through the area.  It seemed to alternate heavy rain with heavy winds, but we were lucky to really be outside the main area of intensity for the storm.  Jeff’s snoring had more of a detrimental effect on my sleep than the storm did!

I love jamaica. Have fun.

Looks like an awesome trip. Guess you need to go back to make it to the island? :)

Great posts! I want to go to a Couples Resort. And, just love that black and white dress you are wearing.