I told Jeff if we got up the next day and it was NOT a red flag day, we were going to be on that island as fast as we could get there.  No such luck, so we came up with a different activity for our morning. 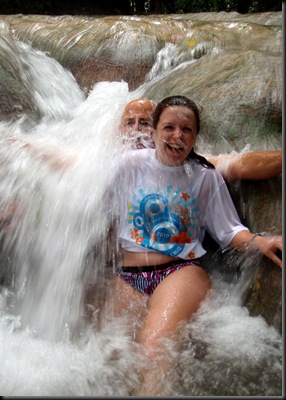 Welcome to Dunn’s River Falls, where, with the help of a guide, we climbed 900+ feet of waterfall, one careful step at a time, as part of a human chain. 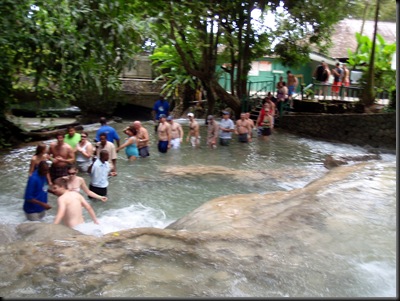 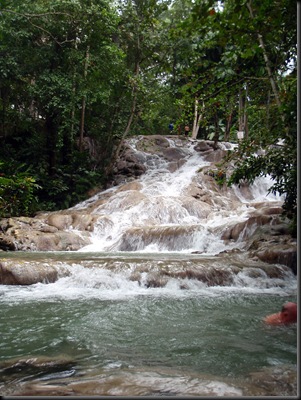 There were various pools and falls along the way to stop at.  Here, we stood on some rocks and then fell backwards together into the water. 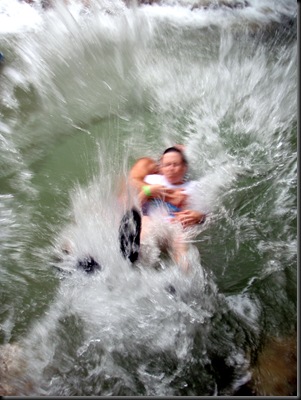 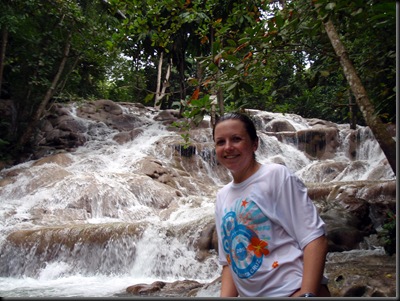 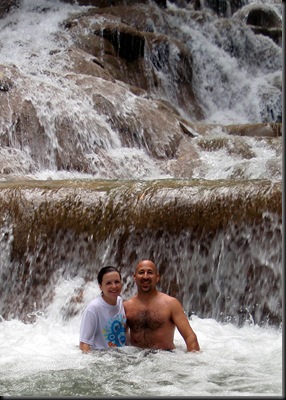 The guides were quite keen on putting us in embarrassing positions for photo and the videographer. 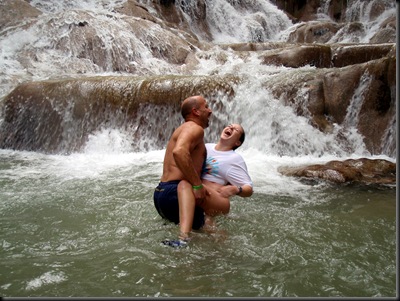 In case anyone was wondering why I wore a shirt over my bikini, it’s because the guides and videographer were insistent they’d be zooming in for some hot action if anyone’s bikini top was thrown out of position by the falls.  Um, no thanks. 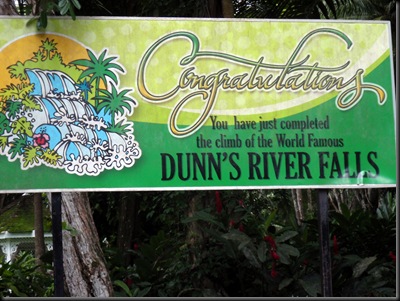 When we returned to Couples and headed to the pool, we were rewarded with blue skies and SUN!!!  It’s about darn time! 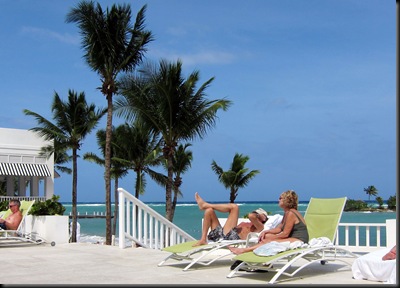 Not a bad way to spend an afternoon at all 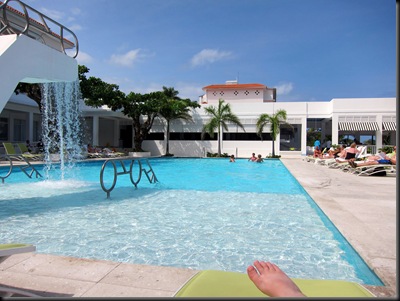 I still needed to get some open water swimming in.  People were floating around in the small swim area but that gets boring in a hurry.  I found a buoy another ~50 yards out and swam back and forth to that till it also got boring.  Then I got ambitious.

If you look very closely in this photo, you will see a dock floating a little ways in front of the island, just under the tower.  It’s the boat dock for the island, that they moved out offshore before the hurricane came. 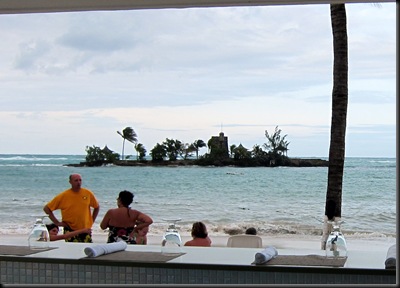 I decided I’d swim out to that – it can’t be more than 300 yards and even in rough choppy water I knew I could do it without any problem.  It was very nice heading out – I had to stop a couple times to let logs (churned up by the storm) float by (didn’t want to get clocked in the head by one).  Perhaps my mistake was in climbing ONTO the dock and waving at everyone back on shore.  That set off the watersports staff who started whistling and yelling from shore, so I hopped back in and headed back.  With the strong current and wind blowing, the way out had been tough –the return trip was like swimming on a conveyer belt (I finally know what the IM COZ folks were talking about!) – sweet!  It was totally worth the ire of the water guys to do.

Dear Jen Harrison, this photo is for you. 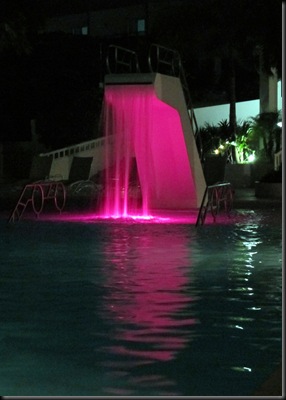 This is what it looks like to lie in a beach chair and watch the ocean at night. :-) 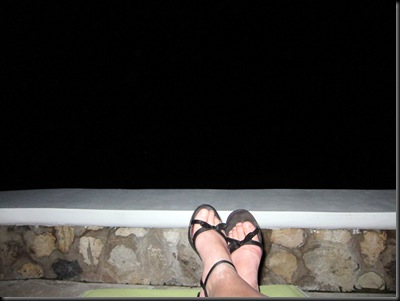 This is what it looks like to smoke a Cuban and drink a Scotch while watching the ocean at night. 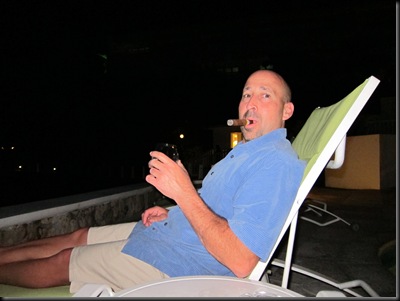 Looks like you guys are having a blast! Yes... Ocean currents can be awesome, huh? ;)

Your guides sound very interesting. haha. I don't blame you for wearing the t-shirt! Looks like a great location!

Oooo! I love the waterfall! Don't blame ya for wearing the shirt.