Days 1 and 2 - California to Nicaragua

Saturday the 5th was spent in airports...San Francisco to Miami to Managua.  We landed around 8pm in Managua and hung out for a couple hours waiting for the UK group flight to arrive, then our trip guide drove us all the hour to Granada and we zonked out in our hotel room around 1am.

Breakfast with the group! There were 16 of us - Jeff and I were the 2 Americans, 1 Dane, 2 from Ireland, 6 Brits and 5 Aussies.  After an orientation, we suited up and got ready for our first ride, a little cruise down to Lake Nicaragua and back. 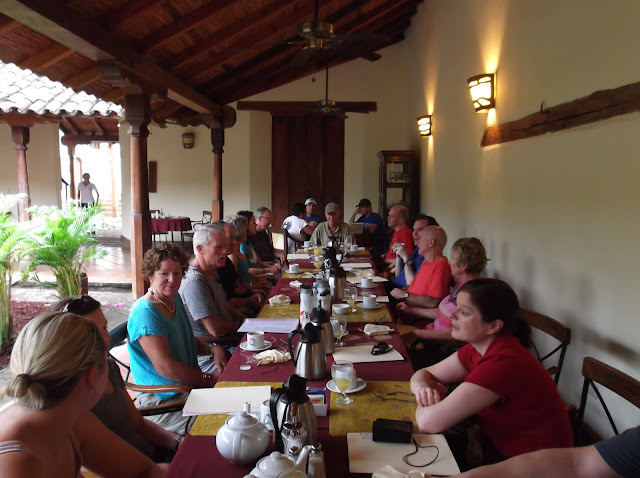 Our first daylight view of the streets of Granada 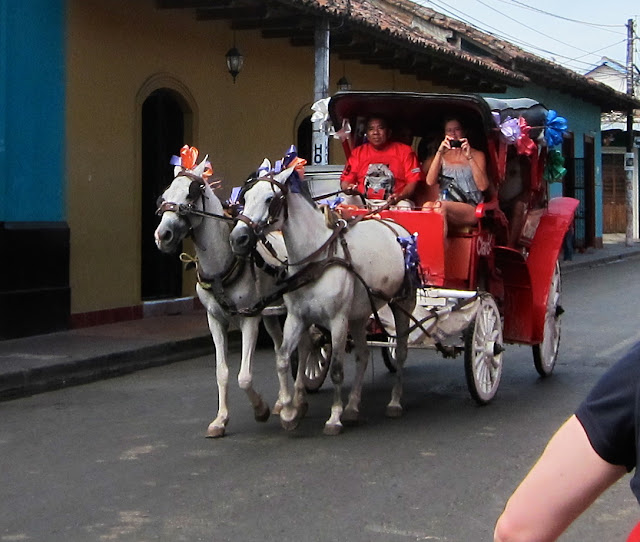 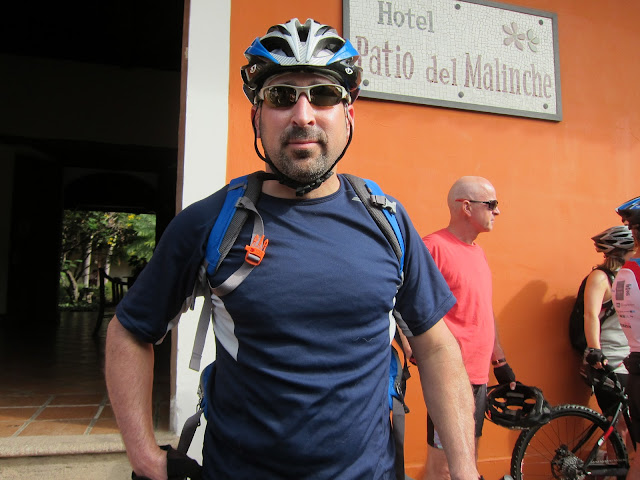 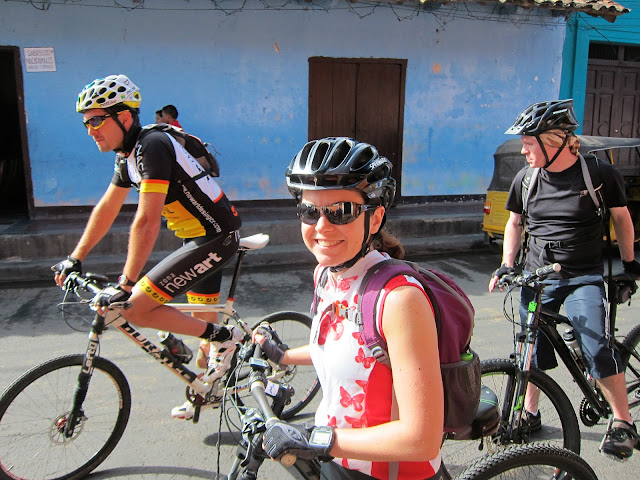 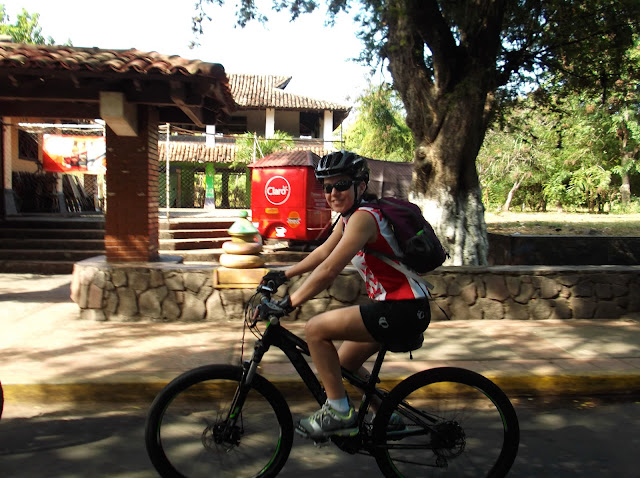 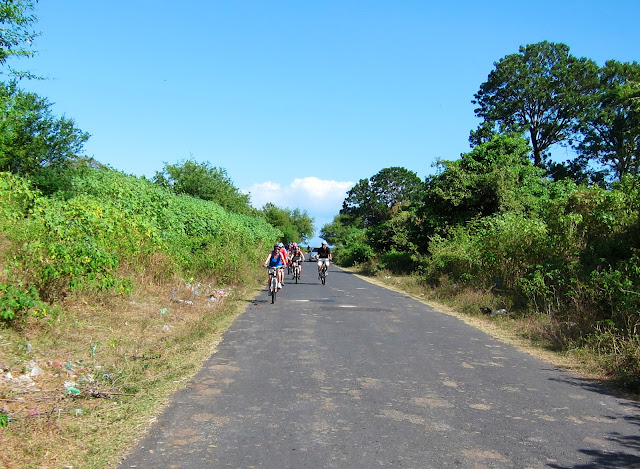 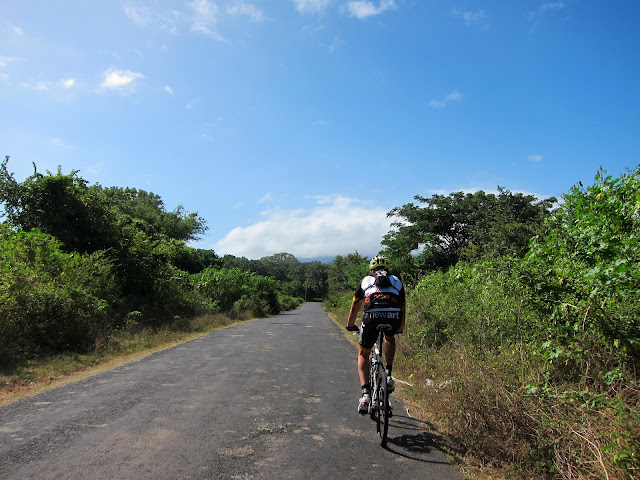 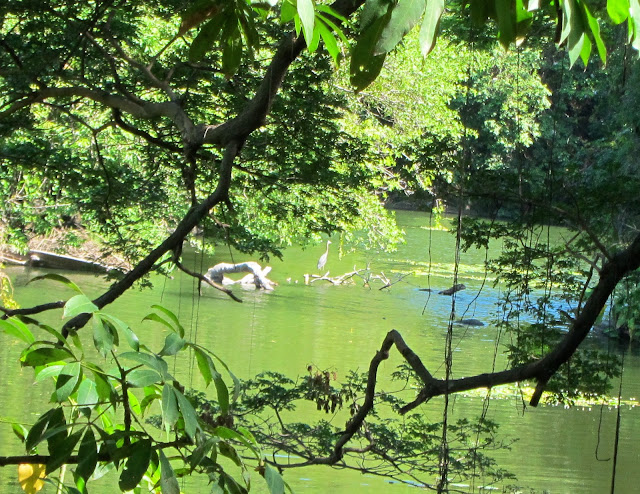 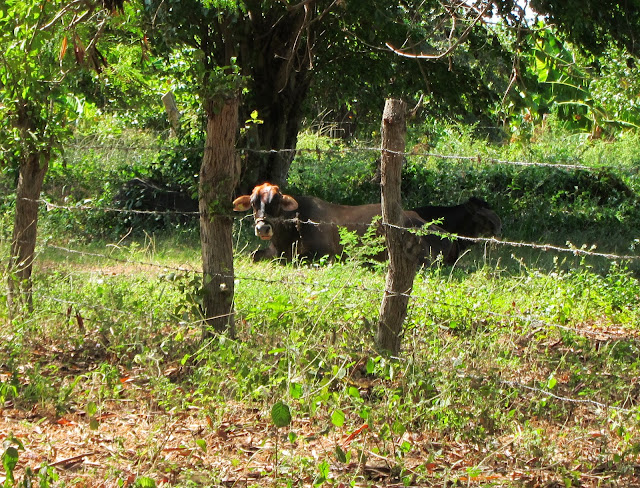 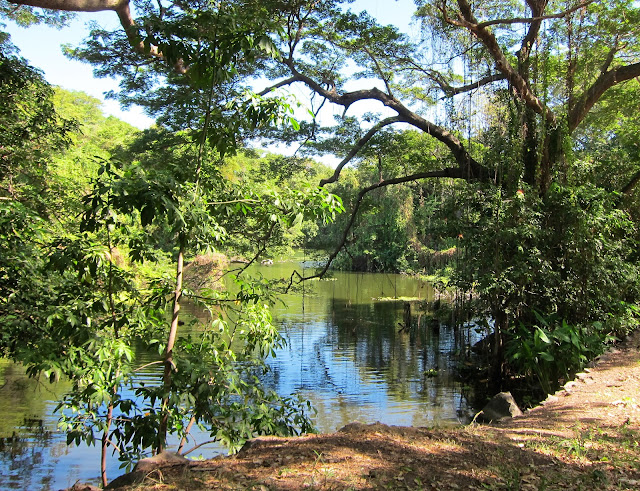 At our lunch stop on Lake Nicaragua, we were scheduled to take a boat tour of the lake while our food was being prepared.  However, we got about 200 yards from shore and the boat engine died.  This was after the RESTAURANT WAITER who was captaining the boat (because the boat guy didn't show up) had to go get a fuel hose from his car to run the engine in the first place.  Once he got it going again, it was strongly suggested he return us to shore instead of take us further into one of the world's largest freshwater lakes. 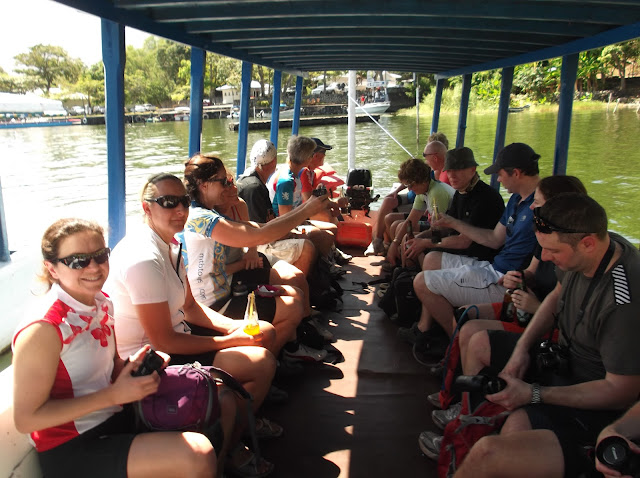 My favorite beer of the trip was in Nicaragua 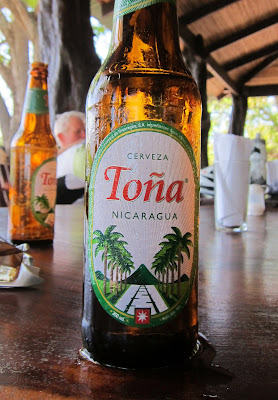 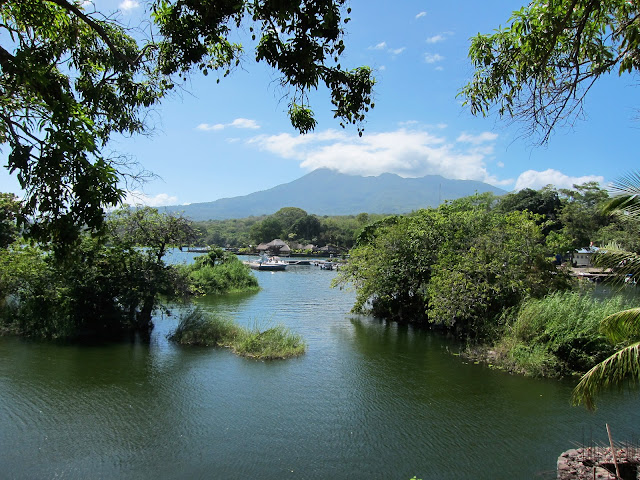 Lunch itself - the fresh tilapia of the day 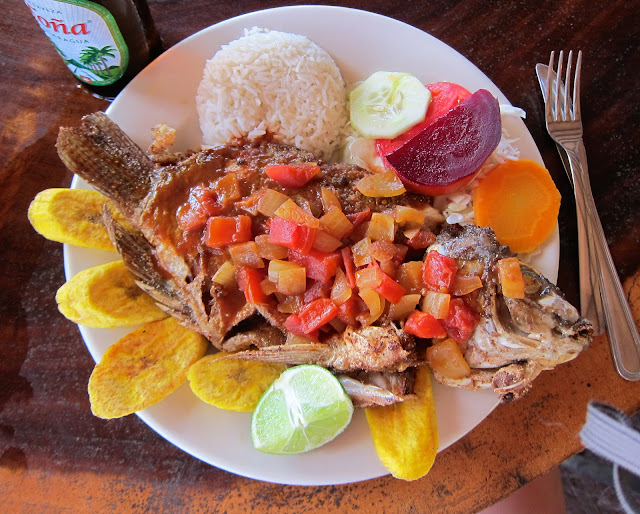 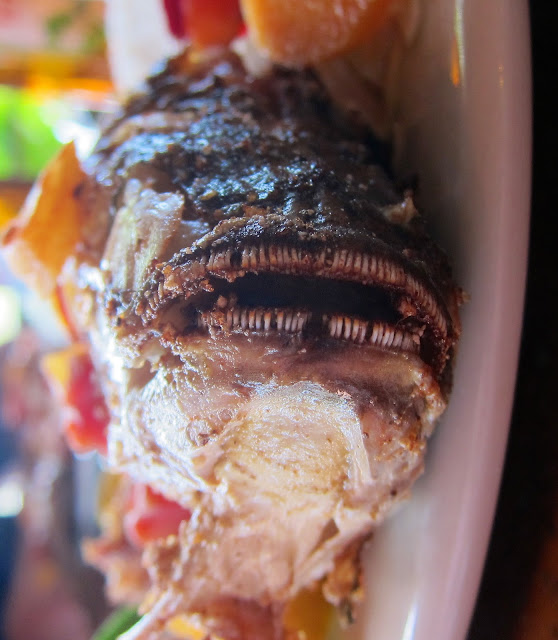 The first day's ride was not especially long but it was hot, on an unfamiliar mountain bike, so it took its toll. 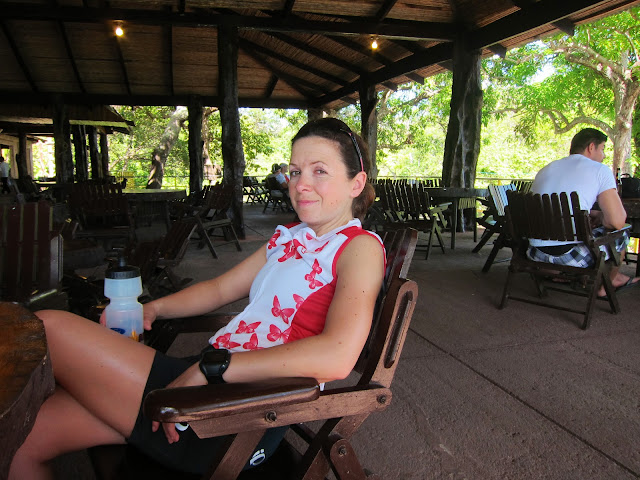 The first day was also not really on pavement!  This left its mark, right on my backside. 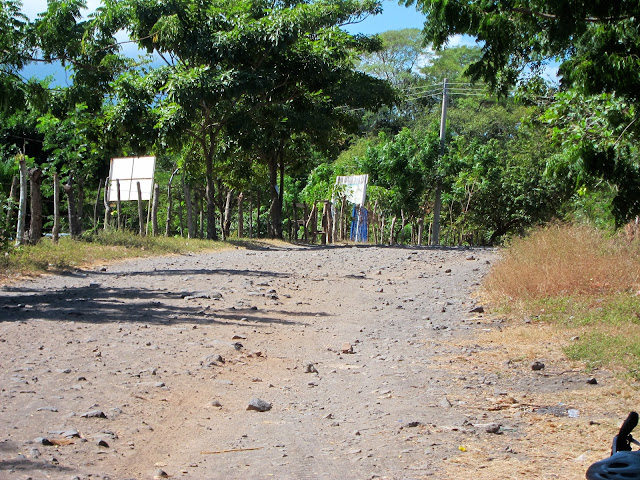 After we rested a bit from our morning ride, we toured the Masaya volcano.  It's rare in this age of litigation and safety standards that you can drive right to the top of an active volcano and peer over the edge :) 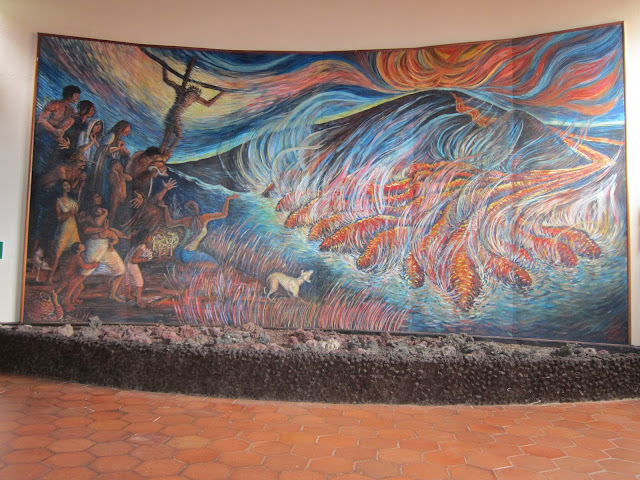 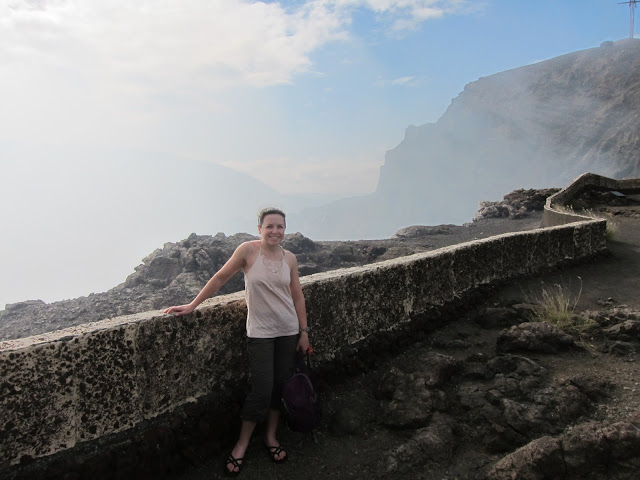 When the winds were right, it was eye-watering. 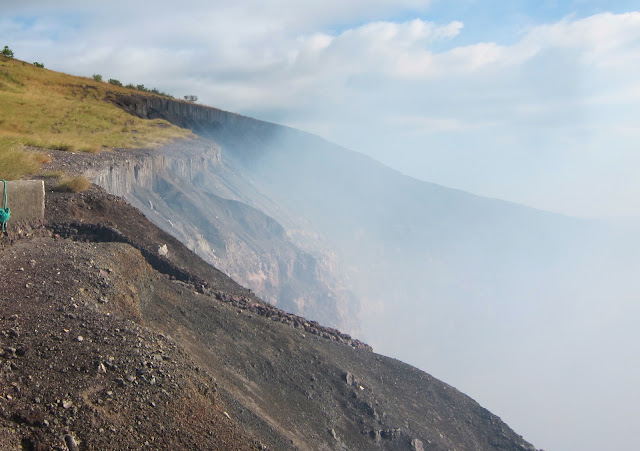 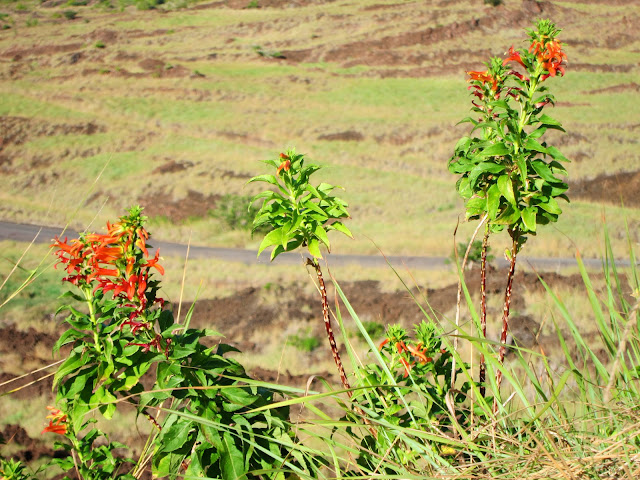 You can see the surrounding rim of the ancient volcano that was there before the one we were standing on. 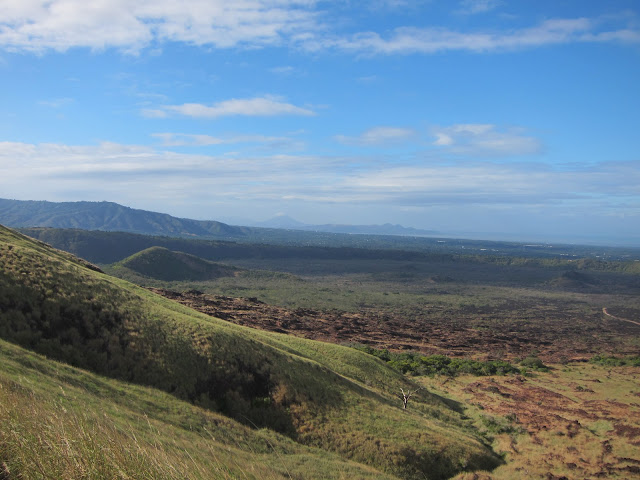 We visited a craft market on our way back to Granada and ate in a fabulous steak restaurant that night.  We learned early on in the evening that Nicaraguans like to set off fireworks for no reason at all, pretty much nonstop.  Dinner felt like it took place in a war zone!
Posted by Molly at 6:00 AM