I’m officially marked with the M-Dot from now till it’s all over on Sunday. 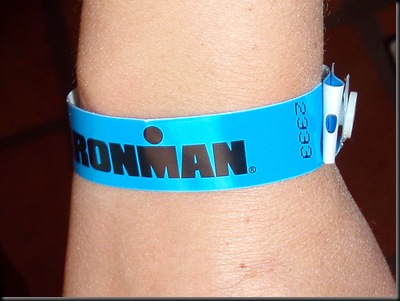 The day started out with a short run in the cold and dark.  After that I grabbed my gear and headed to Tempe for the first Gatorade swim of the race weekend.

People seemed so nervous when they announced the water temperature was 64 degrees – and moaned and groaned their way down the stairs whereupon they shrieked upon jumping in the water – but I was glad I had done so many ocean swims with low 50-degree temps.  This water felt perfectly comfortable to me. 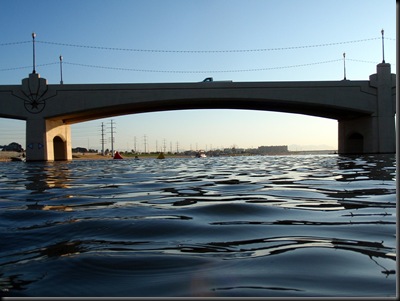 I was in and out of the water with a quick 20-minute swim and happy to be finished before most people started. 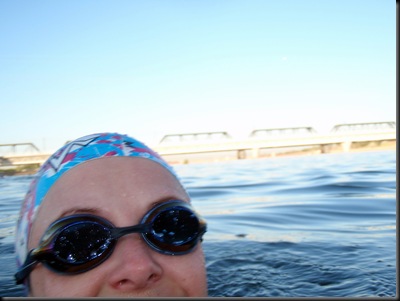 From there, I dashed to the car wrapped in a towel and raced home with the heat blasting at 80 degrees (if I’d gone straight onto a bike, I’d have been fine but just standing around was not a warming activity) to shower and change.

An hour later I was back in Tempe and in line for athlete check-in roughly 10 minutes before they opened. 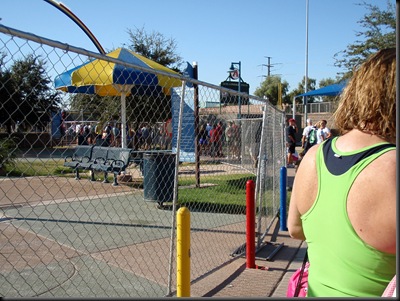 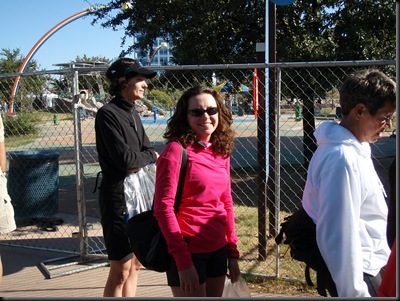 One hour after THAT, I was near the head of the line. 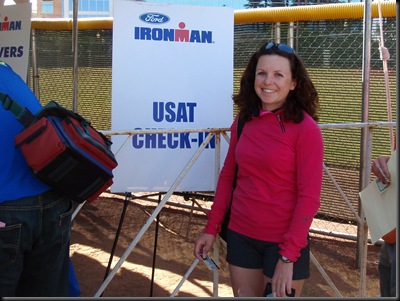 USAT check-in was easily the slowest part of the process.  A few additional volunteers in that area could have saved time and moved things along a bit faster.

After signing my medical life away in a waver, it was on to the fun stuff of getting my chip, swim cap, gear bags, numbers, and so on. 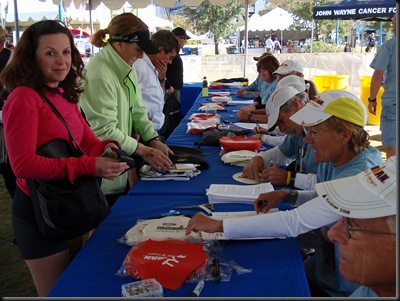 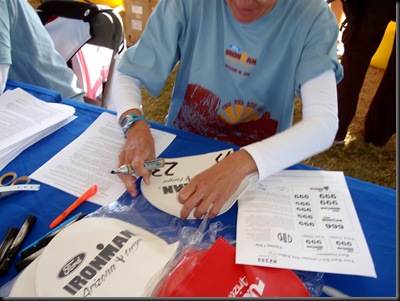 From there, I took advantage of no lines at the ART tent to get a little tune-up done on my calf/shin before race day.  Jeff finally got to see the torture I go through to stay healthy! 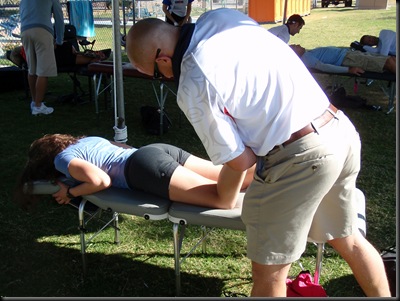 A little zap with a laser for good measure 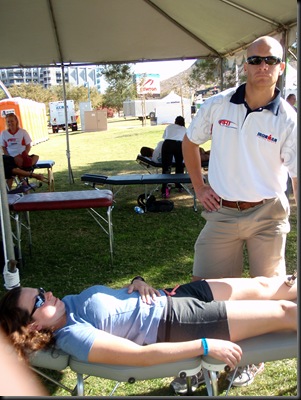 After a long time spent waiting for my new tires to be put on my wheels (dropped off before we ever got in the check-in line), Jeff and I escaped the expo madness for home.

While waiting for the athlete check-in line to crawl forward, Jeff had held my spot in line and I made a dash for the Ironman Store to snatch up some race logo gear I’d eyed last year and promised myself this time when it was my turn.  I won’t wear it until I finish the race, but there was no way I’d wait till they were half-sold out on Monday to buy some – and besides I have a spa appointment that morning!

Bike kit – I opted for the teal one over the orange.  Orange is SO not my color. 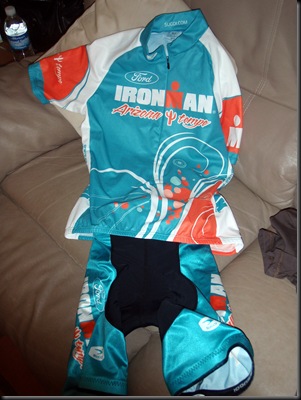 A brown t-shirt, a purple running shirt and a visor 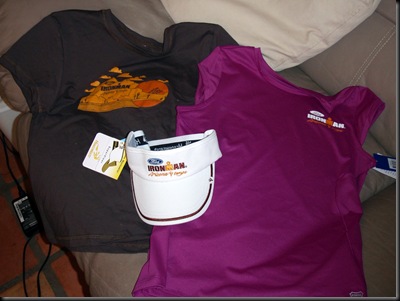 I took all the gear I’ve had sitting on piles on the kitchen counter and sorted it by gear bag, then walked through each step of the race and all associated articles of clothing to ensure I wasn’t missing anything.  And then of course double-checked with my race plan and gear bag lists. 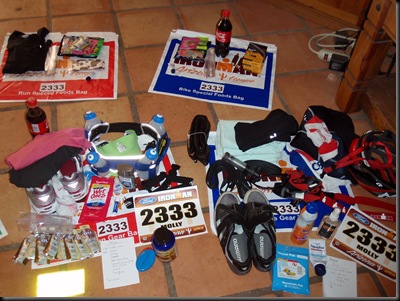 The bike has fresh tires, race numbers, and is ready to GO. 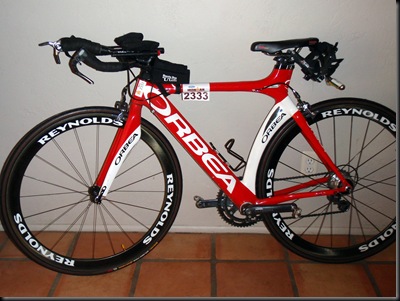 In case there was any doubt about who I am…

The rest of the day and most of tomorrow, pretty much will be spent in this position! 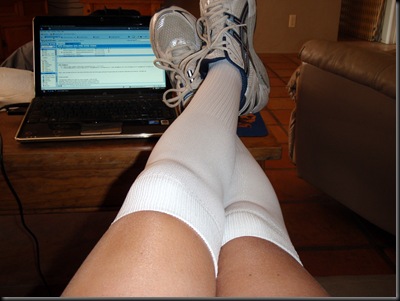 Our blog posts are starting to be the same. Hopefully we both have something really fun to post on Monday!
Great running into you. You're even more bee-utiful in person. :-) Have a great rest of the weekend!

You rock Molly-I wish you the best, most wonderful IM experience. I believe in you. Go out there and get 'em!!

How long post race will u keep it on?

woah, this thing is real now!

Are you a member of the WTC fan club or something?

Great gear! Exciting days. So close...so very close and you are so very ready!

Awesome exciting stuff, Molly! Have a great day on Sunday!!!!! :)

dayum... that's it. I'm getting zapped with a laser before my next Ironman...

SQUEEEEEEEEEEEEEE!!!! I am SO excited for you! (I feel nervous about buying stuff pre race, but like you, I don't want it to run out.. and I'm really not a superstitious person!) GO, MOLLY, GO!!

You work those compression socks girlie! You are more than ready. You've got this in the bag!