The spectating/cheering crew deserves a post entirely devoted to them.  My people were UNREAL!

Some could not attend the race in person and still did something special to be with me in spirit.  Many posted words of encouragement, videos and notes on Facebook all day – I got home Sunday night to 500+ notification emails, you guys!

My cheering squad even went across species lines. 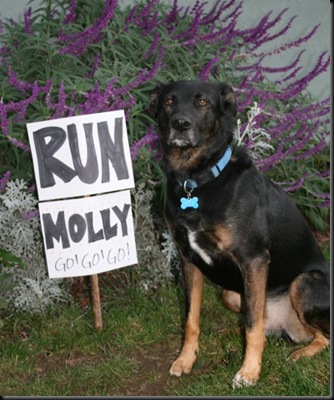 And the Iron Crew who were there in person…they really took the cake.  Spectating an Ironman is one seriously long day in the cold, the heat, the sun, the wind, waiting waiting waiting to see your athlete come by for 15 seconds. 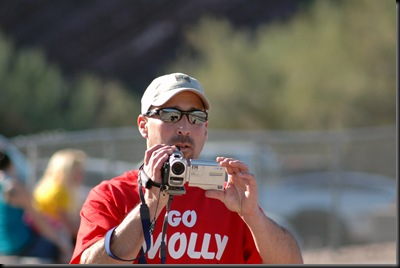 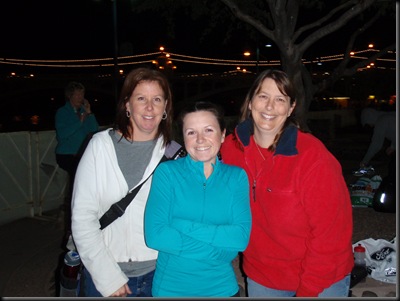 My family drove the entire way from California. 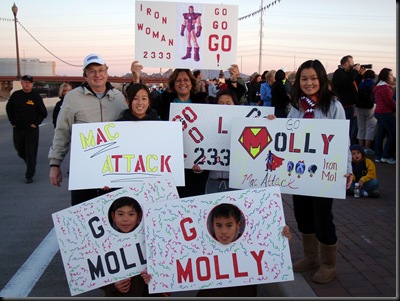 Waiting at the swim exit, trying not to look nervous 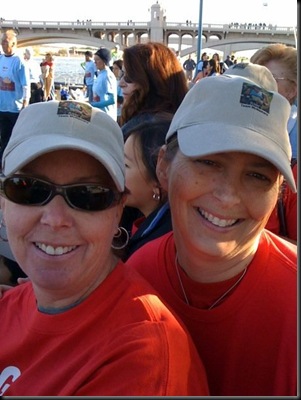 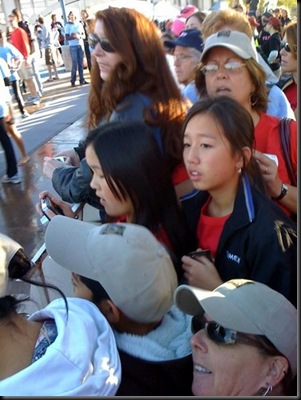 On the sidelines of the bike course 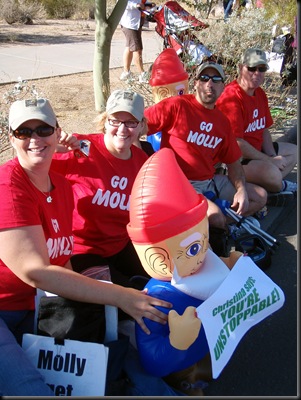 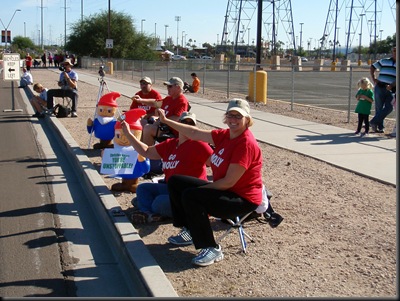 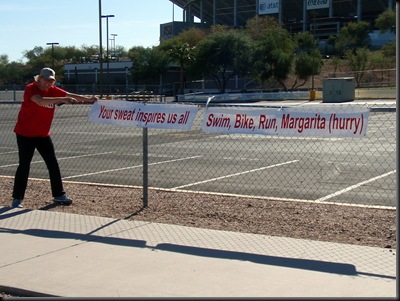 There was no missing my herd of gnomies!  How cool are they?!!! 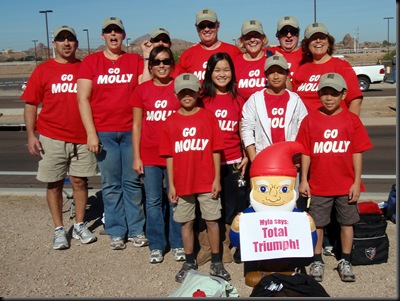 Spectating is even dangerous.  Kirsten suffered a cowbell injury. 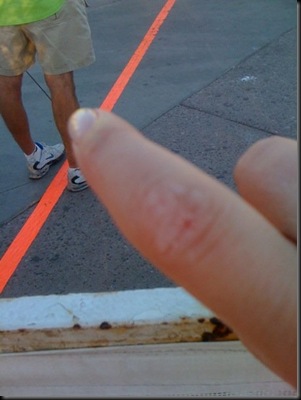 And on the run course, right up till the finish line, they were there! 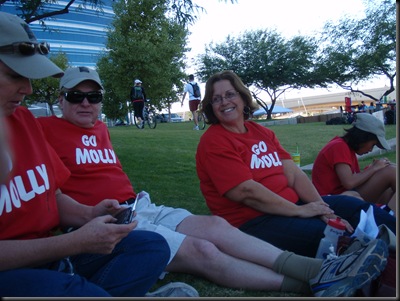 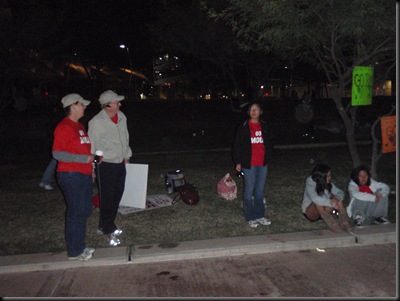 It’s possible they were not so popular with this sign later in the evening as other athletes tired…but it made ME smile! 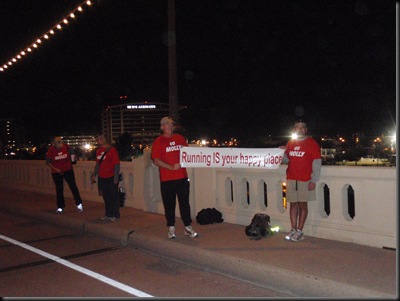 That is so cute! A great team effort.

You have some awesome fans - that is just so great! Congrats again Ironman!

I'm inspired by you and your whole team!

S.O.'s, sherpas and support crews are awesome at any race, but your crew must have trained and planned as much as you did!

I bet they were welcome to ALL the athletes, but most importantly YOU! AWESOME!

That's so cool Molly!!! It means SO MUCH to have people there cheering!!! I'm glad you had such a support team.

Never ever never underestimate the power of your people when you're out on a ironman course.

They held up a friend of mine in medical for 15 minutes due to hypothermia. Sounds totally sucktacular. Sorry about that.

Hardys on the Road said...

Team Molly was great to see, thanks for posting the photos. Made it all come alive!

Love it! I've already decided that I find spectating much more fun than racing simply because you get to dance. Although I think I am equally sore. I could barely walk after IMAZ last year from 19 hours of standing! :)